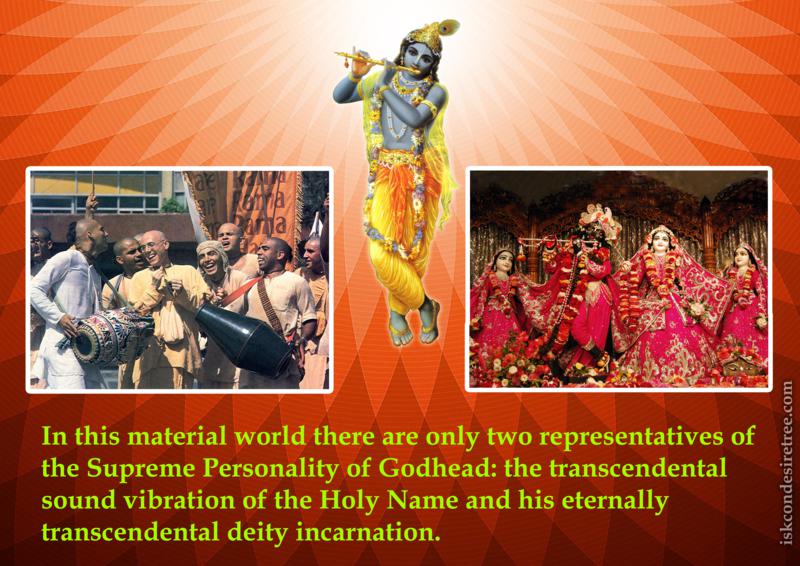 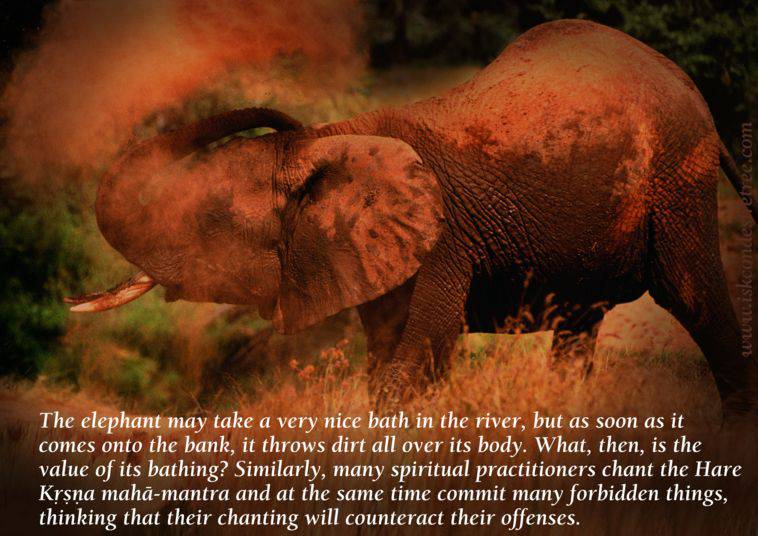 The elephant may take a very nice bath in the river, but as soon as it comes onto the bank, it throws dirt all over its body. What, then is the value of its bathing? Similarly, many spiritual practitioners chant the Hare Krishna Mahamantra and at the same time commit many forbidden things, thinking that their chanting will counteract their offenses. 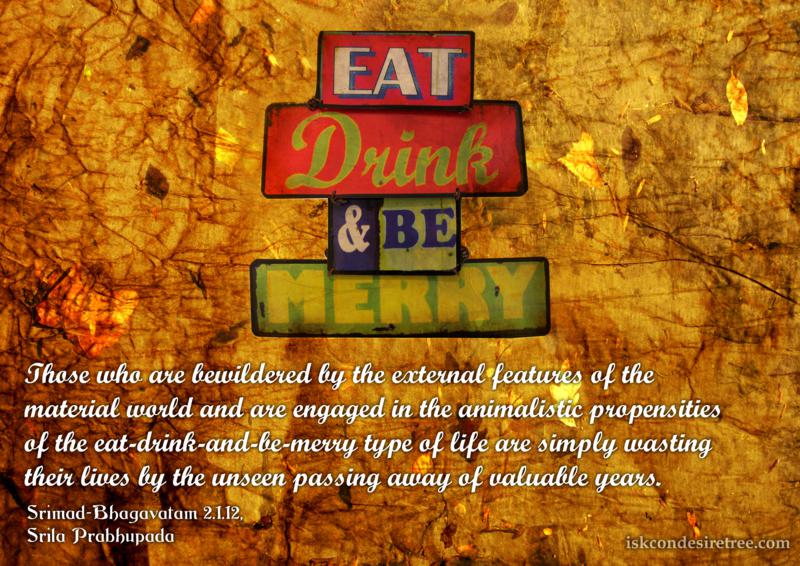 Those who are bewildered by the external features of the material world and are engaged in the animalistic propensities of the eat-drink-and-be-merry type of life are simply wasting their lives by the unseen passing away of valuable years. 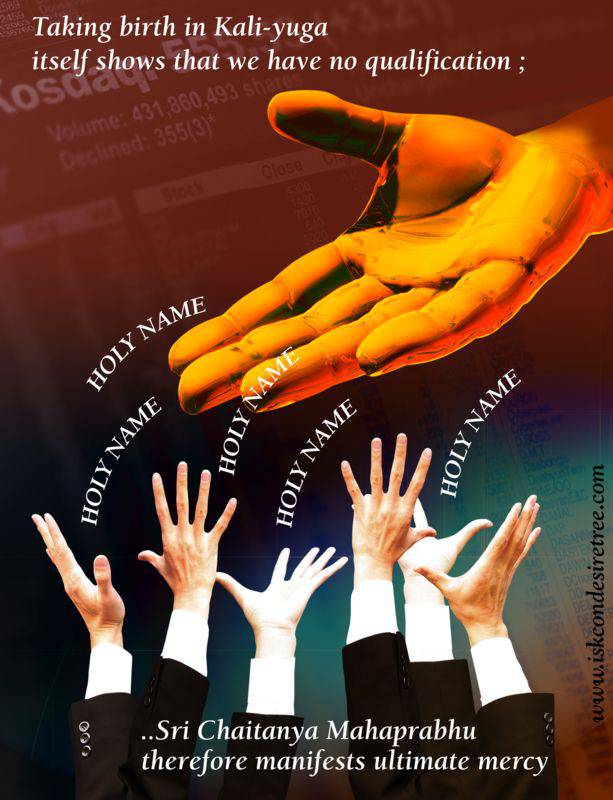 Taking birth in Kali-yuga itself shows that we have no qualification ; Sri Chaitanya Mahaprabhu therefore manifests ultimate mercy. 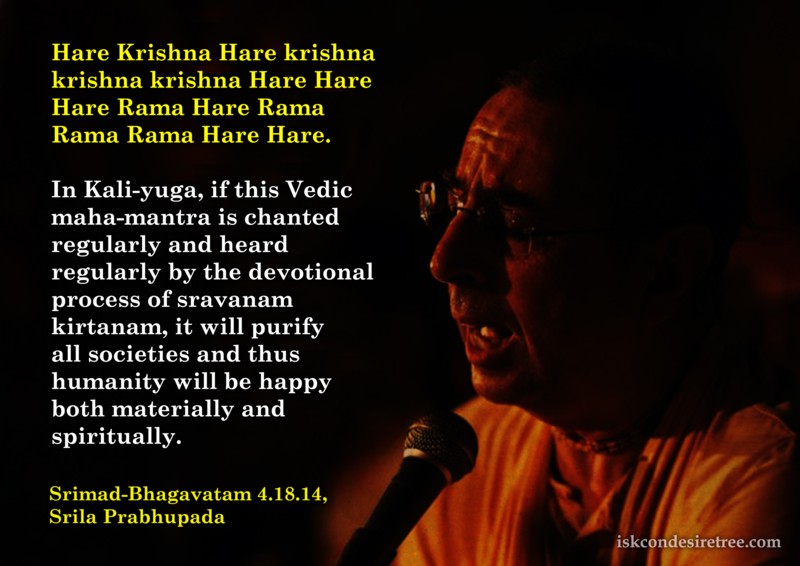 Greatest Friend of Any Living Entity 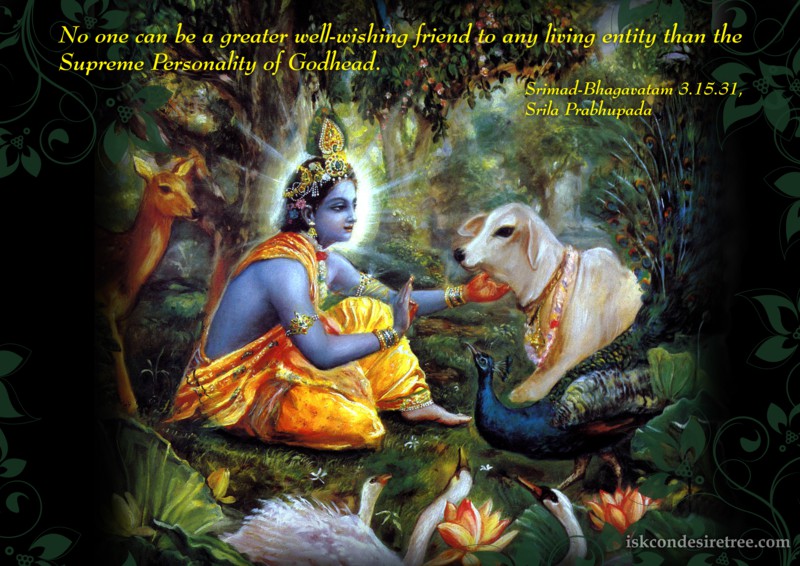 No one can be a greater well-wishing friend to any living entity than the Supreme Personality of Godhead.
Srimad Bhagavatam 3.32.40

Becoming Transcendental to The Laws of Karma 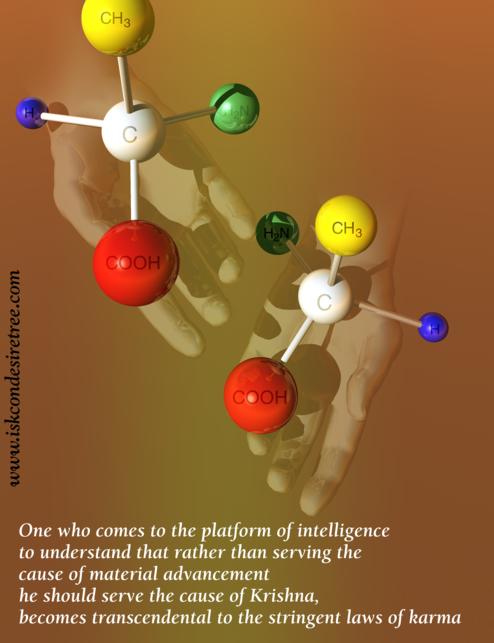 One who comes to the platform of intelligence to understand that rather than serving the cause of material advancement he should serve the cause of Krishna, becomes transcendental to the stringent laws of karma. 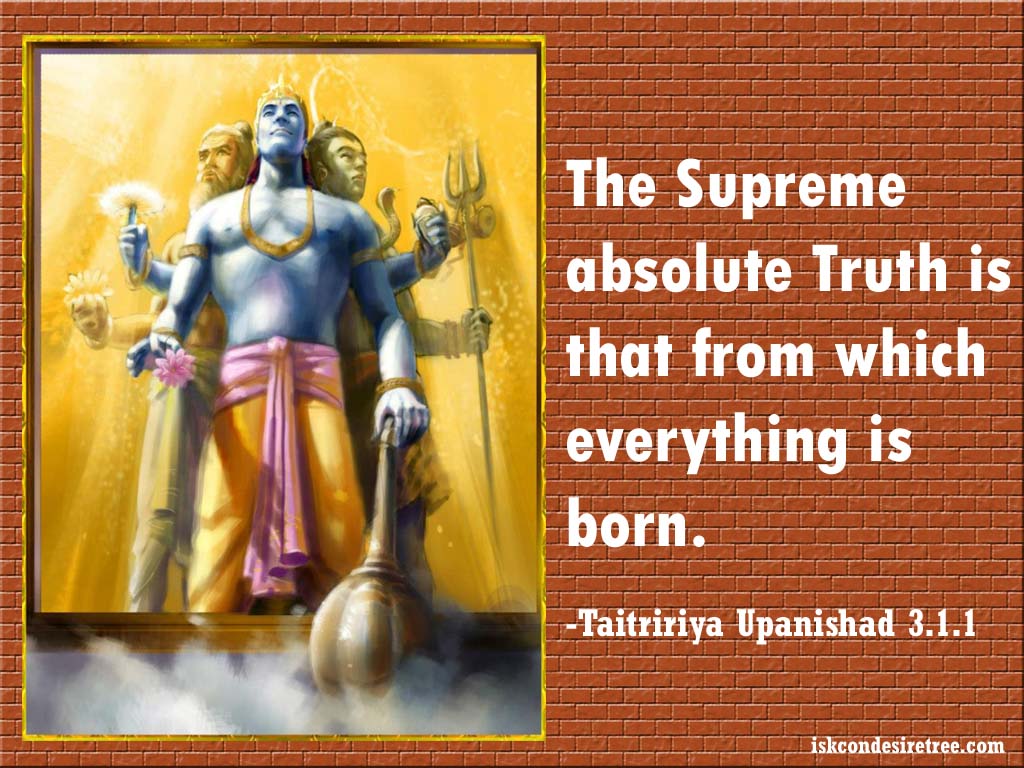 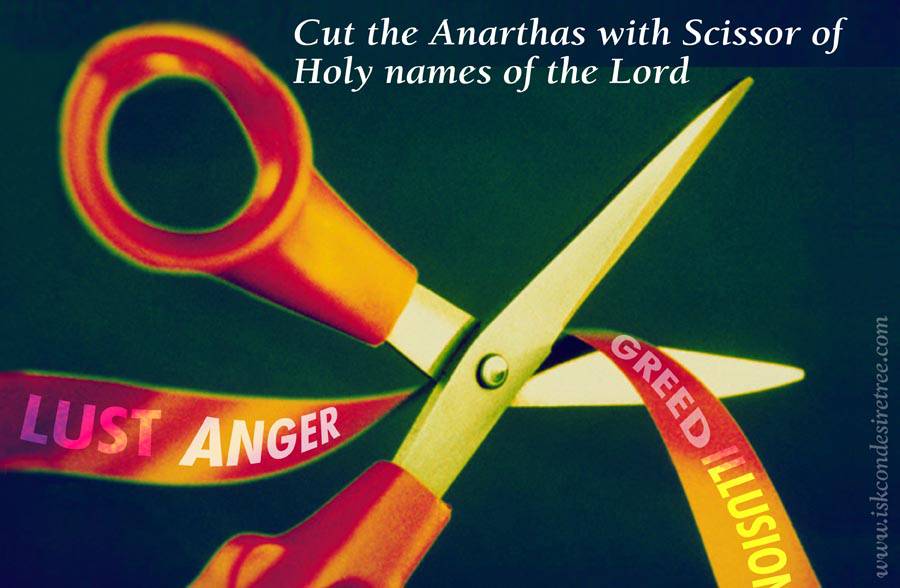 Cut the Anarthas with Scissor of Holy names of the Lord. 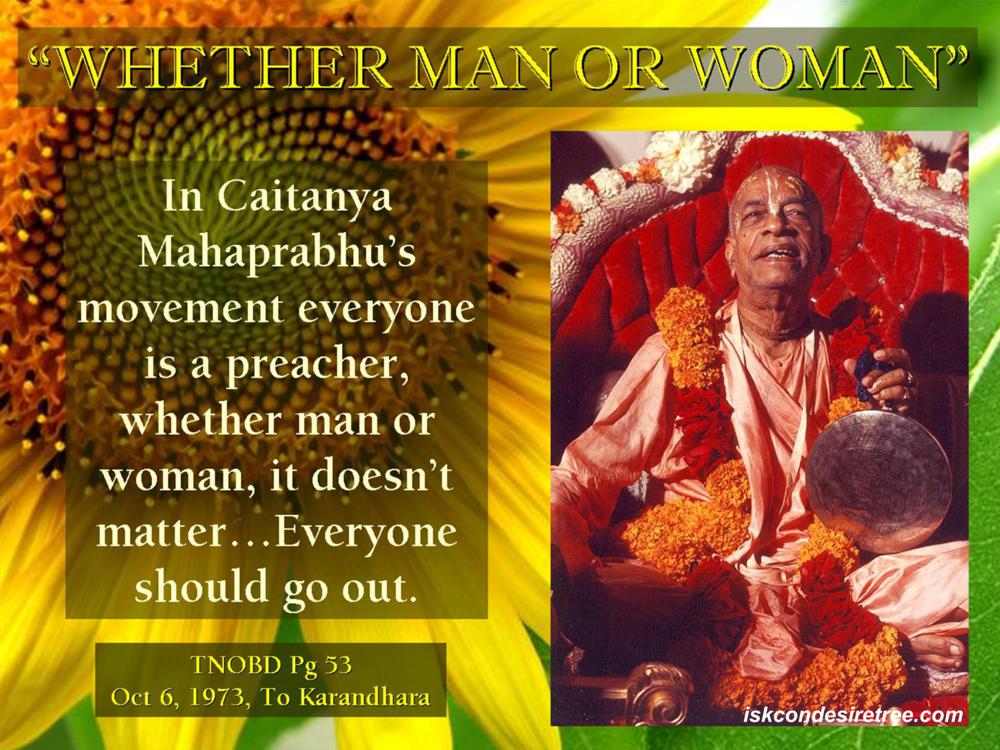