The Condition of The Soul 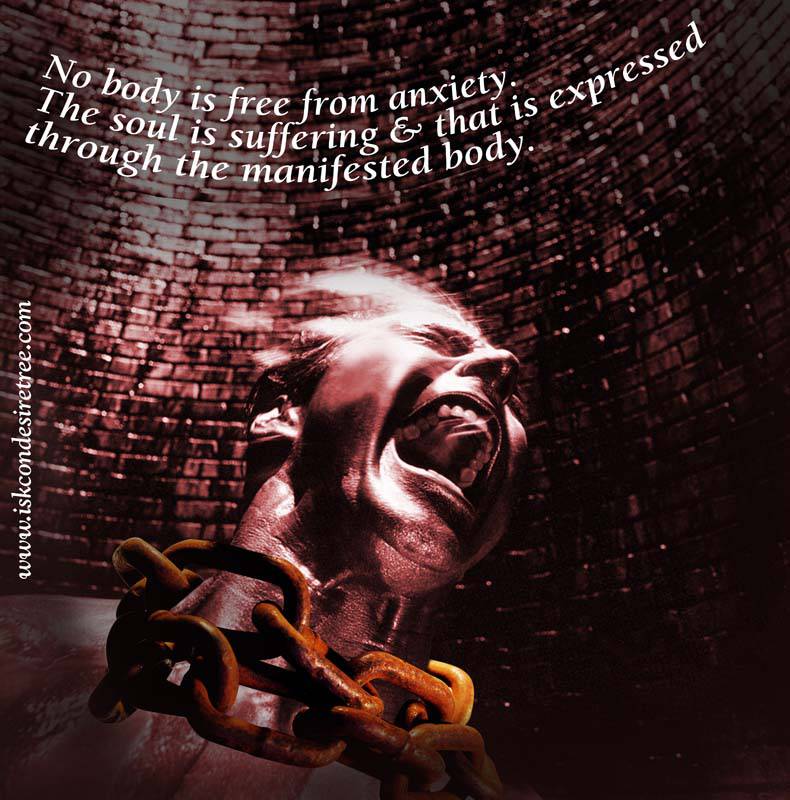 Nobody is free from anxiety. The soul is suffering & that is expressed through the manifested body. 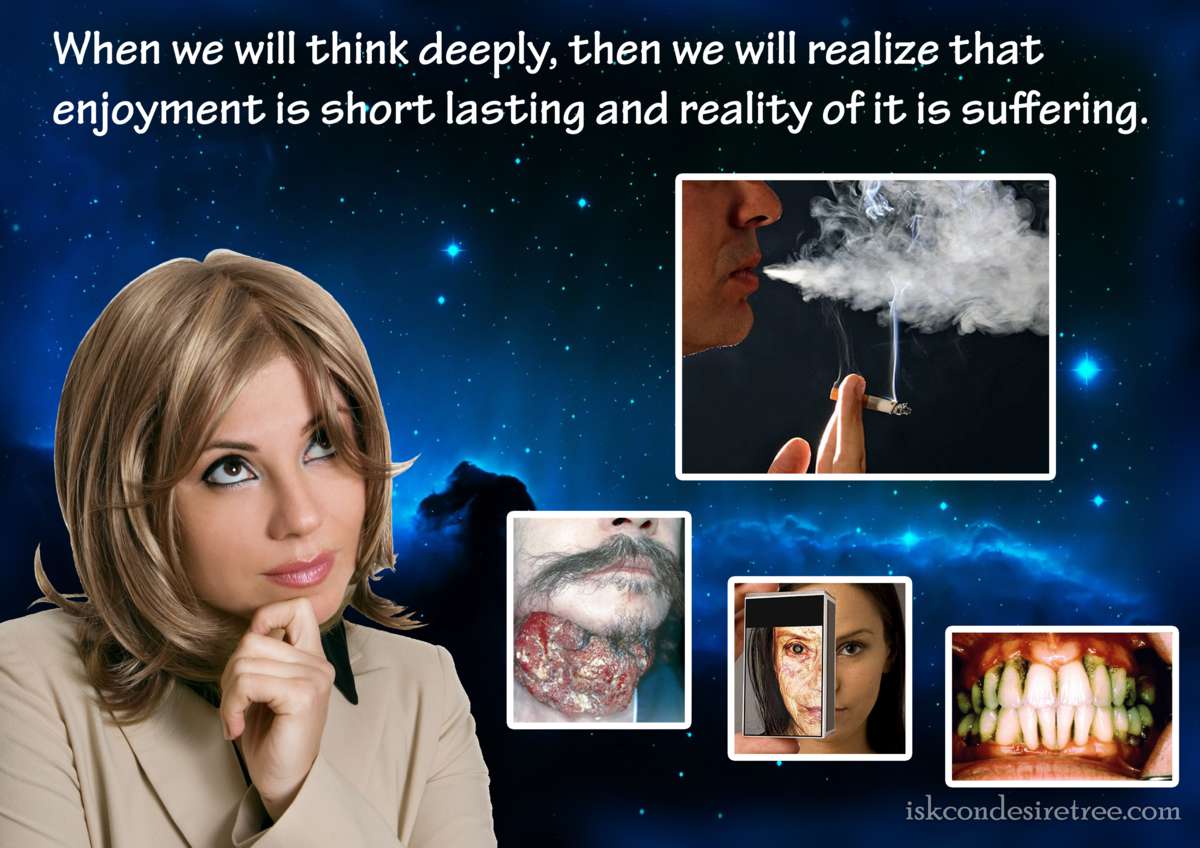 When we will think deeply, then we will realize that enjoyment is short lasting and reality of it is suffering.

Even in the womb of the mother you will suffer. To remain in that compact bag for so many months, hands and legs all tied up, unable to move this is suffering. So we should be intelligent enough to ask, “Why am I suffering? and how can I stop this suffering?” 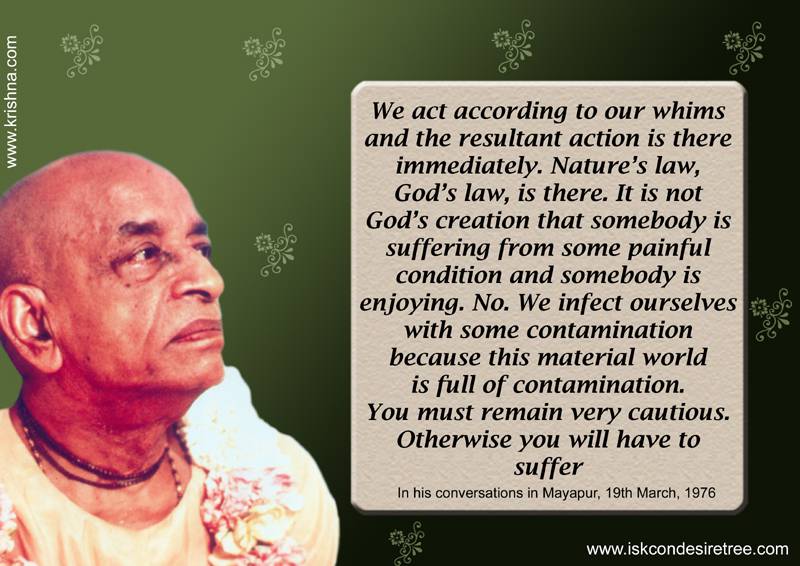 We act according to our whims and the resultant action is there immediately. Nature’s law, God’s law, is there. It is not God’s creation that somebody is suffering from some painful condition and somebody is enjoying. No. We infect ourselves with some contamination because this material world is full of contamination. You must remain very cautious. Otherwise you will have to suffer. — Conversation in Mayapur, 19th Mar, 1976. 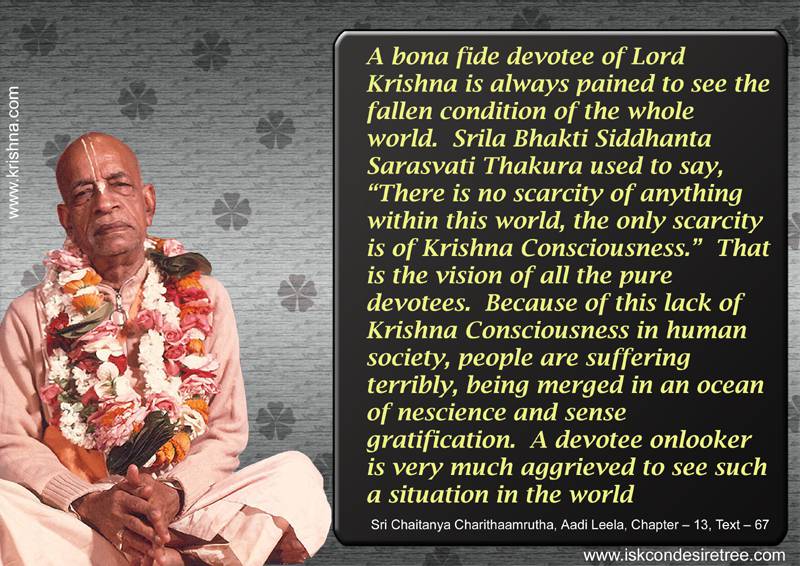 A bonafide devotee of Lord Krishna is always pained to see the fallen condition of the whole world. Srila Bhakti Siddhanta Sarasvati Thakura used to say, “There is no scarcity of anything within this world, the only scarcity is of Krishna Consciousness.” That is the vision of all the pure devotees. Because of this lack of Krishna Consciousness in human society, people are suffering terribly, being maerged in an ocean of nescience and sense gratification. A devotee onlooker is very much aggrieved to see such a situation in the world. — Sri Chaitanya Caritamrita, Adi Lila, Chapter 13, Text 67.