Effect of Presence of Krishna 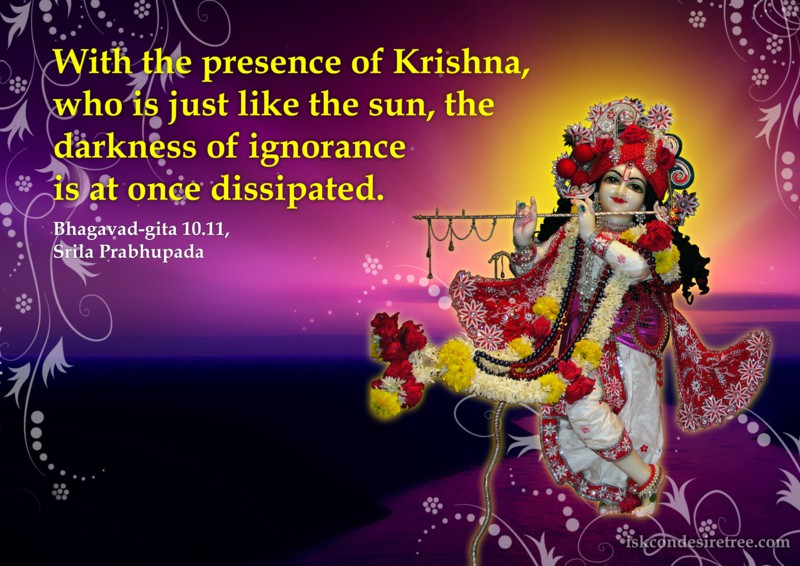 With the presence of Krishna, who is just like the sun, the darkness of ignorance is at once dissipated.
Bhagavad Gita 10.11
Srila Prabhupada.

Religious fighting is due to ignorance of who the Supreme person is and what He expects.

Sri Chaitanya Mahaprabhu is the inaugurator of the sankirtana movement, anyone who performs sankirtana to please the Lord is very, very glorious. Such a person has perfect intelligence, whereas others are in the ignorance of material existence.
Purport on Srimad Bhagavatam 5.19.24

When you trust a friend who is actually your enemy then he can create the greatest damage. Ignorance is our greatest enemy.

Wherever there is worst ignorance, there is the greatest need of bhakti.