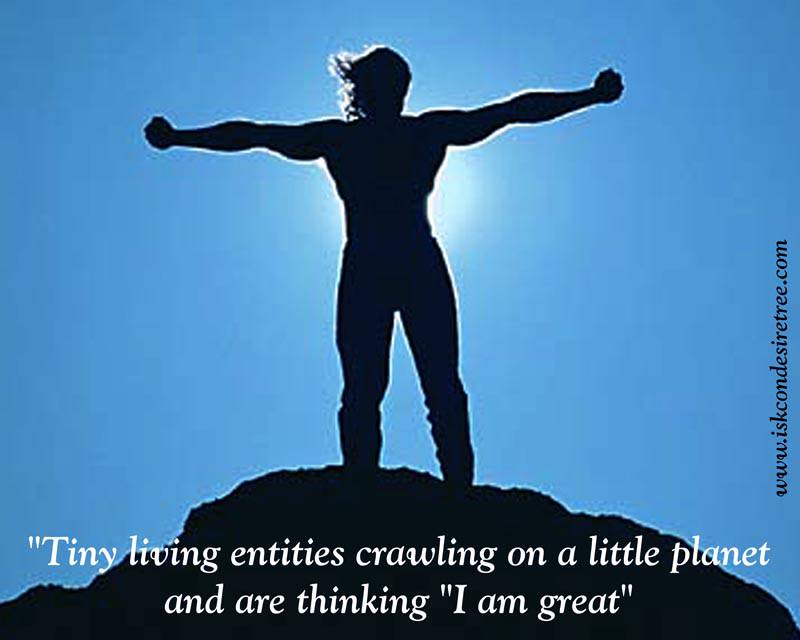 The conditioned living entity is satisfied in his own particular species of life, while deluded by the covering influence of the illusory energy, he feels little inclined to cast off his body, even when in hell, for he takes delight in hellish enjoyment.

What a joke? Tiny living entities crawling on a little planet are thinking “I am great”.

Krishna is the supreme father and all living entities within the material world are exactly like misled children of a wealthy man who has left home to loiter in the street. Therefore the greatest benefit one can bestow upon one's fellow human being is to give him Krishna consciousness.

One who always sees all living entities as spiritual sparks, in quality, one with the Lord, becomes a true knower of things. What, then, can be illusion or anxiety for him?

Chance for all Species