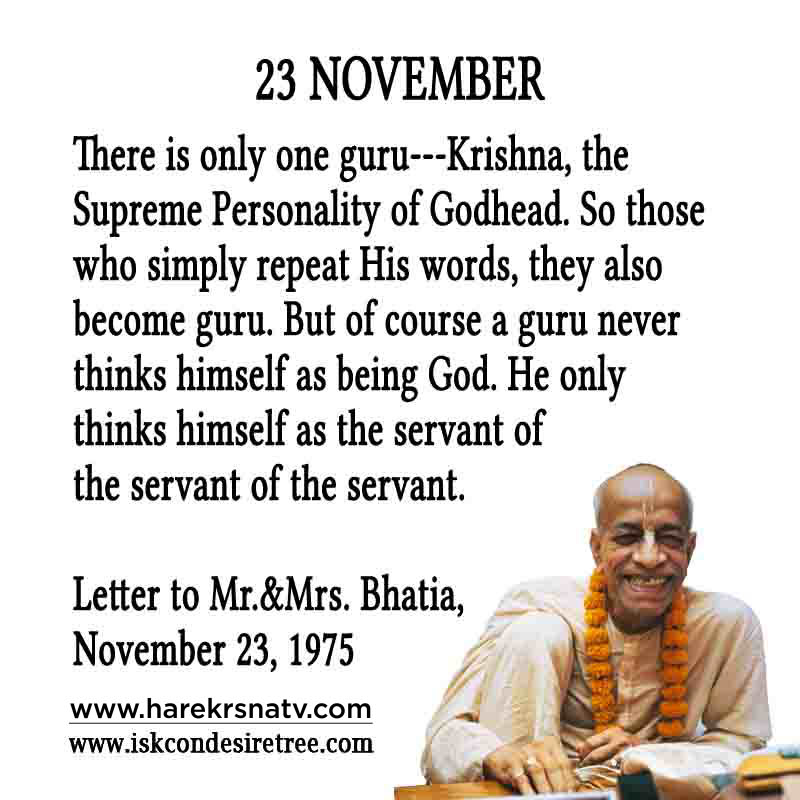 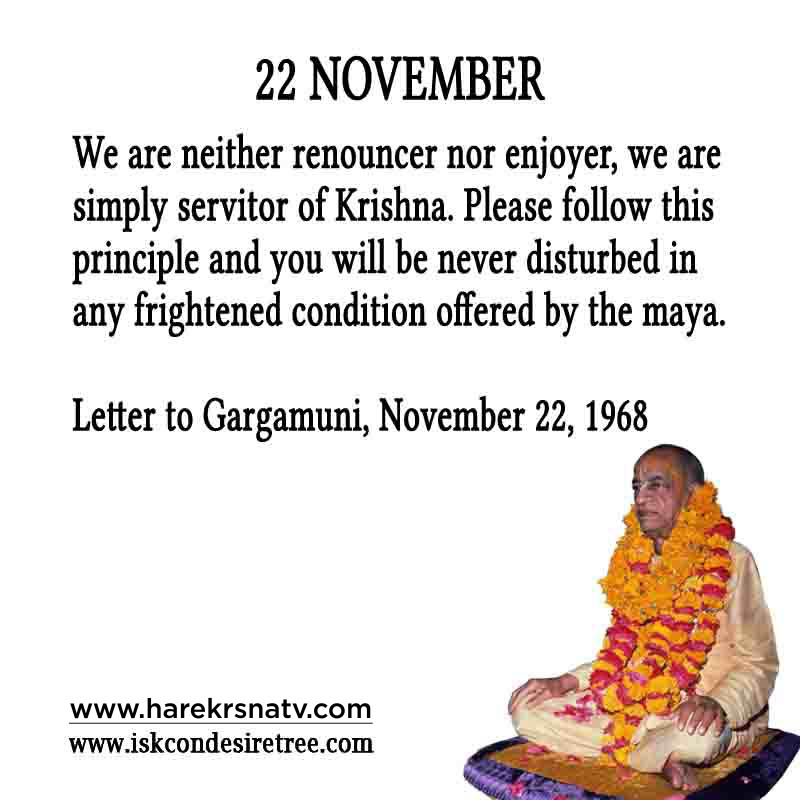 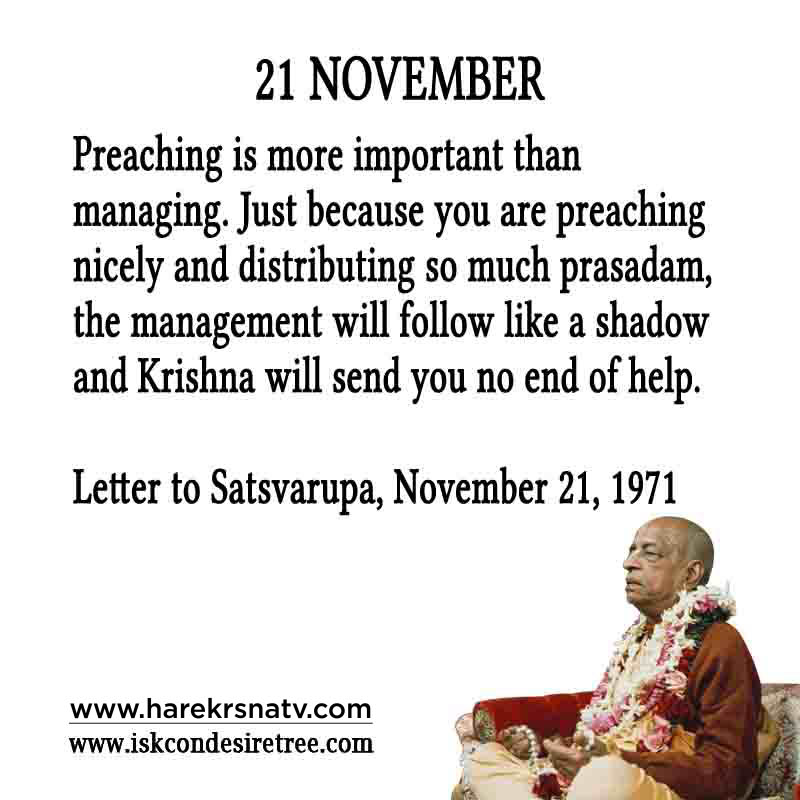 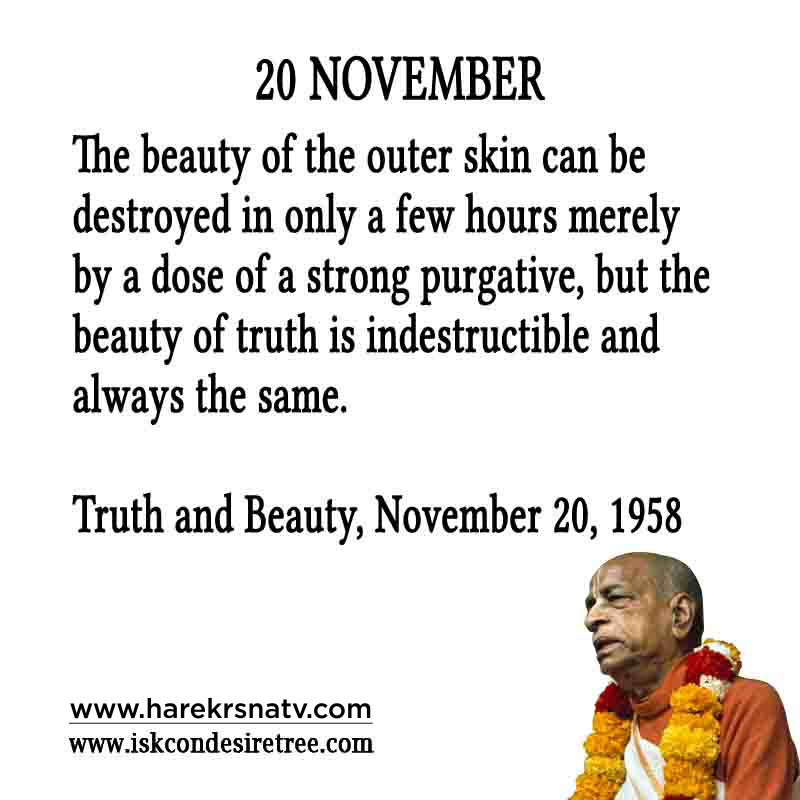 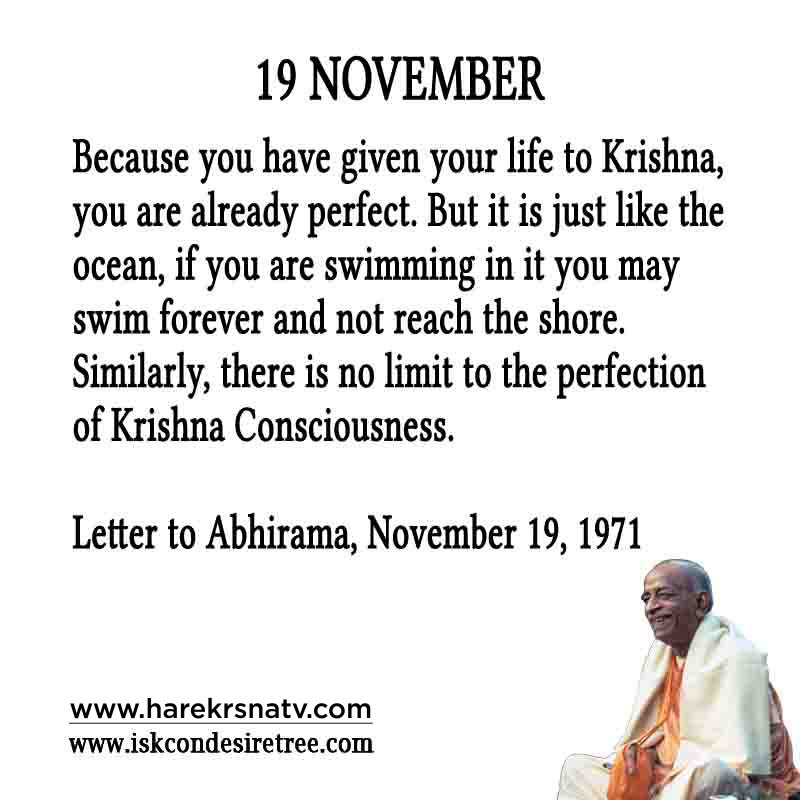 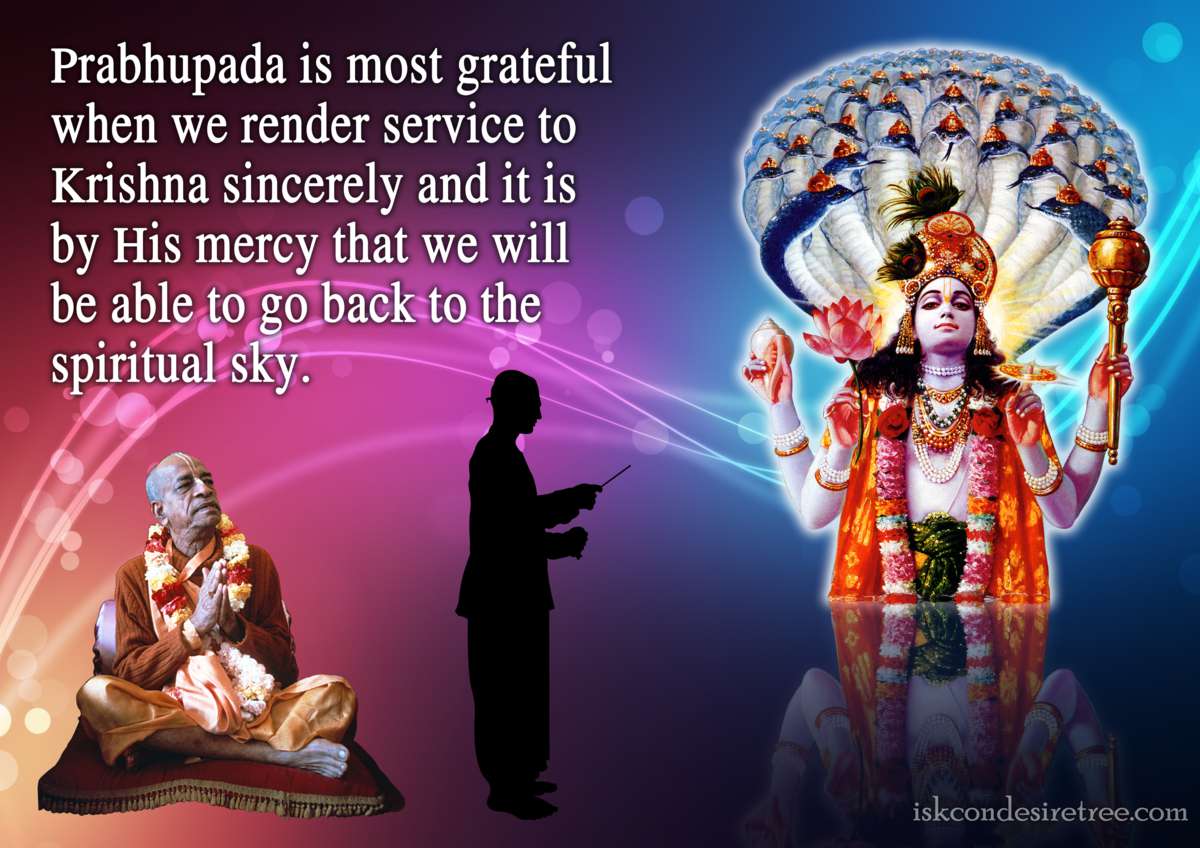 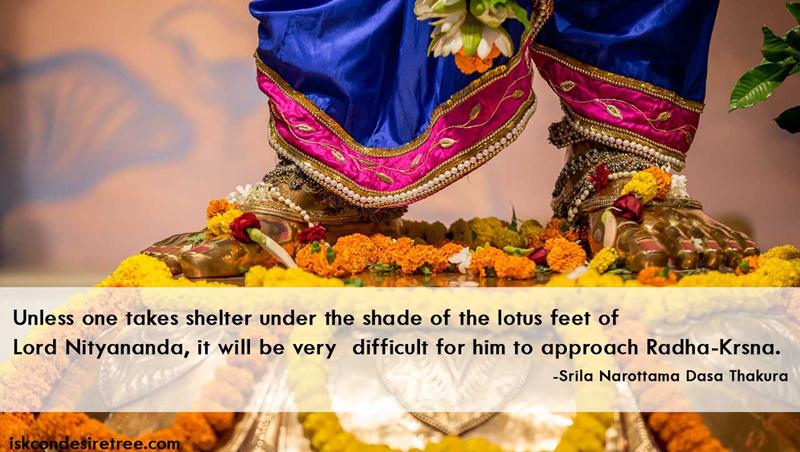 Unless one who takes shelter under the shade of the lotus feet of Lord Nityananda, it will be very difficult for him to approach Radha-Krishna. 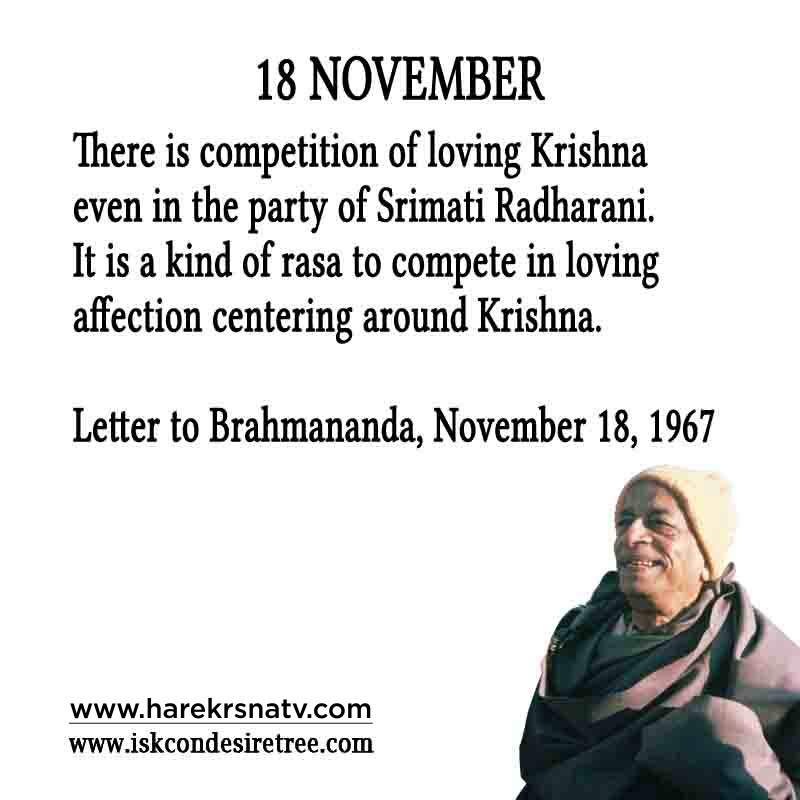 Distributing The Message of Lord Krishna 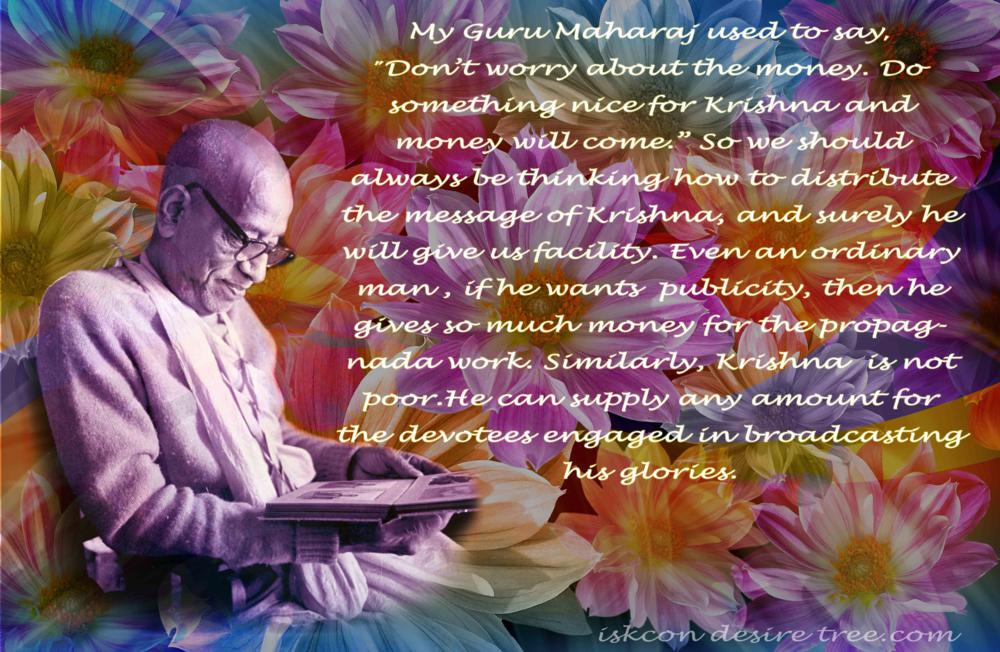 My Guru Maharaj used to say,”Don’t worry about the money. Do something nice for Krishna and money will come.” So we should always be thinking how to distribute the message of Krishna, and surely he will give us facility. Even an ordinary man, if the wants publicity, then he gives so much money for the propagnada works. Similarly, Krishna is not poor. He can supply any amount for the devotees engaged in brodcasting his glories.

A Dead Person Who Is Breathing 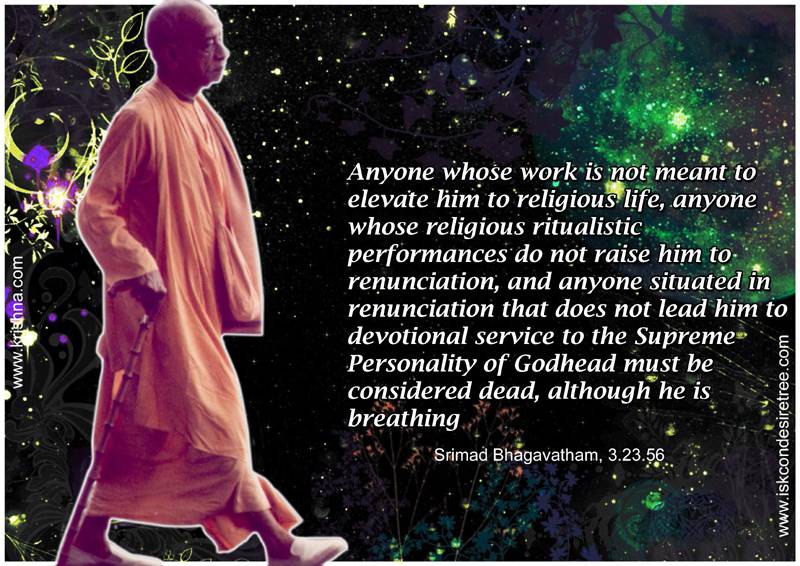 Anyone whose work is not meant to elevate him to religious life, anyone whose religious ritualistic performances do not raise him to renunciation and anyone situated in renunciation that does not lead him to devotional service to the Supreme Personality of Godhead must be considered dead, although he is breathing. – Srimad Bhagavatam, 03.23.56.