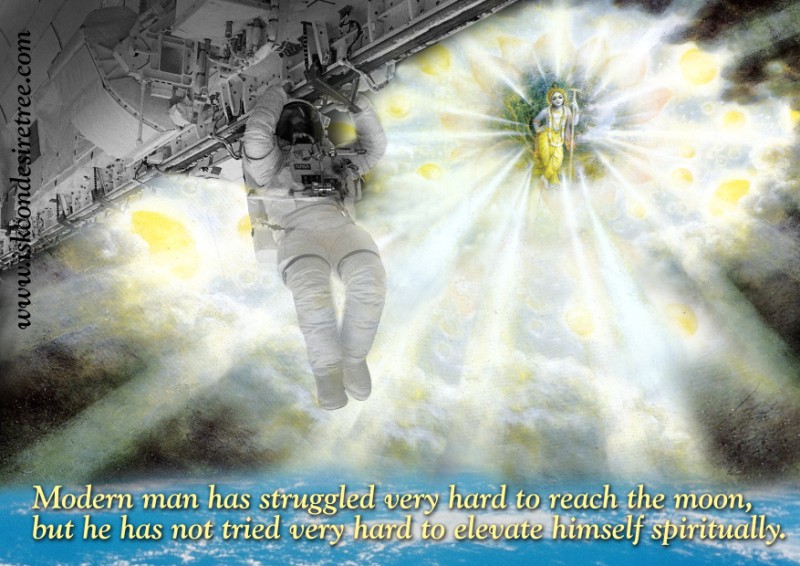 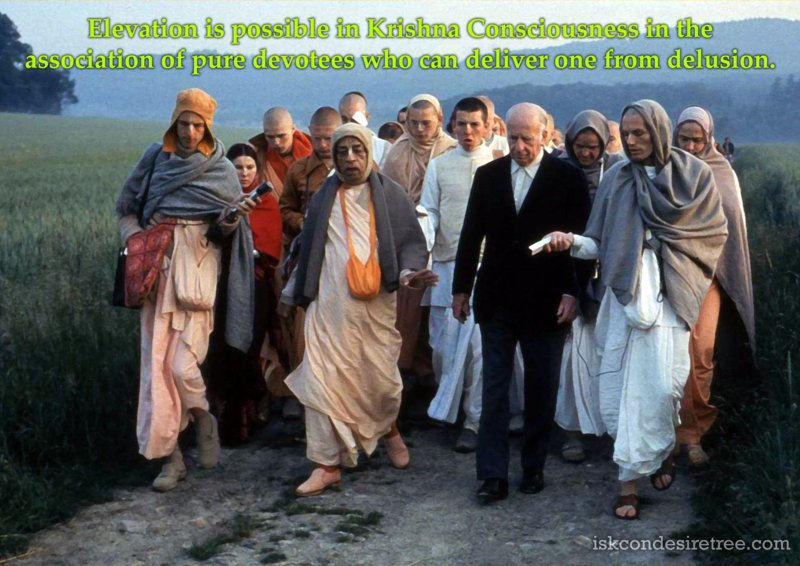 Elevation is possible in Krishna Consciousness in the association of pure devotees who can deliver one from delusion. 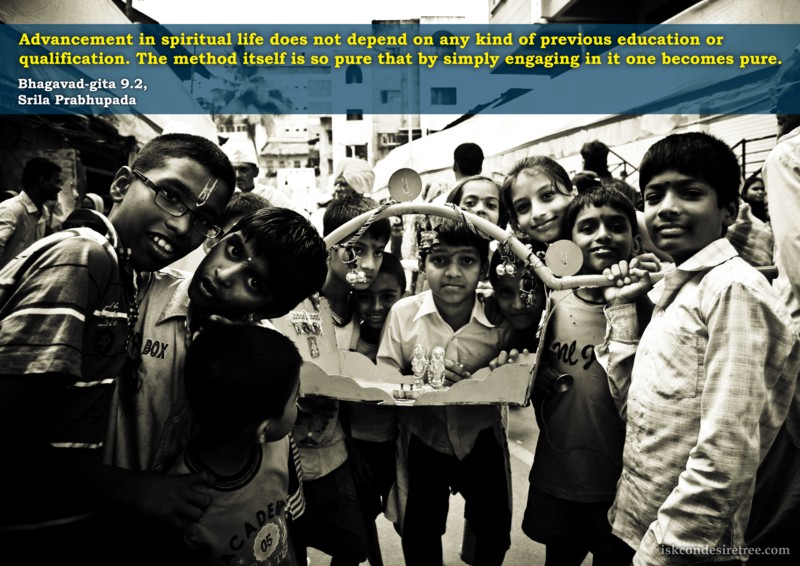 This is the position of Krishna Consciousness that if anyone will take to it seriously, he will find instant improvement in his life’s condition. The purpose of our centers for Krishna Consciousness is to give everyone the opportunity to remove this cloud of Maya from their consciousness and resume their natural, blissful life of rendering devotional service to Lord Krishna. The process is very simple: chanting, dancing, eating Krishna Prasadam and associating with Krishna’s nice devotees and these four items will make one advance very quickly.

Disturbance in The Quest For Spiritual Advancement