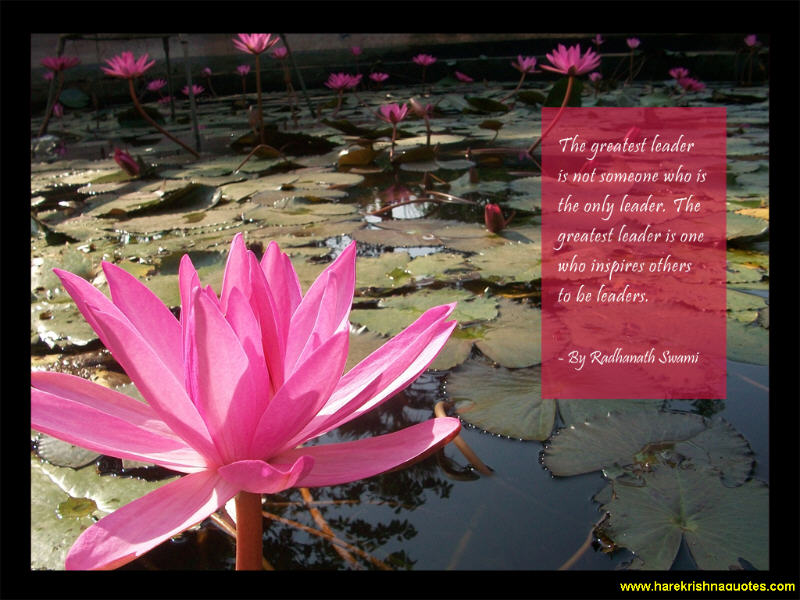 Qualities of a Leader

A proper leader works with
1)Integrity (does justified activities, does not justify after doing it)
2)Maturity ( Courage + Consideratness)
3)Nonenviousness (towards the fellow devotees).

Who Would Dare to Walk in Front of Him?

Whenever a dignitary such as Srila Prabhupada would walk, who would dare to walk in front of him?  A leader’s role is to set an example to lead others, and a true leader is shown respect befitting his position.

The revealed scriptures, like Manu-samhitha and similar other scriptures, are considered the standard books to be followed by human society. Thus, the leader’s teaching should be based on the principles of such standard saastras. One who desires to improve himself must follow the standard rules as they are practiced by the great teachers.

A visionary leader seeks to empower others. They continue to search for truth while maintaining their principle-centered focus. Visionary leaders have a good balance between right-brain and leftbrain thinking. The right brain is more feminine, nurturing, intuitive and creative; the left-brain is more masculine and “physical,” interested more in results. Visionary leaders often produce a host of solutions for social, economic and other types of problems.