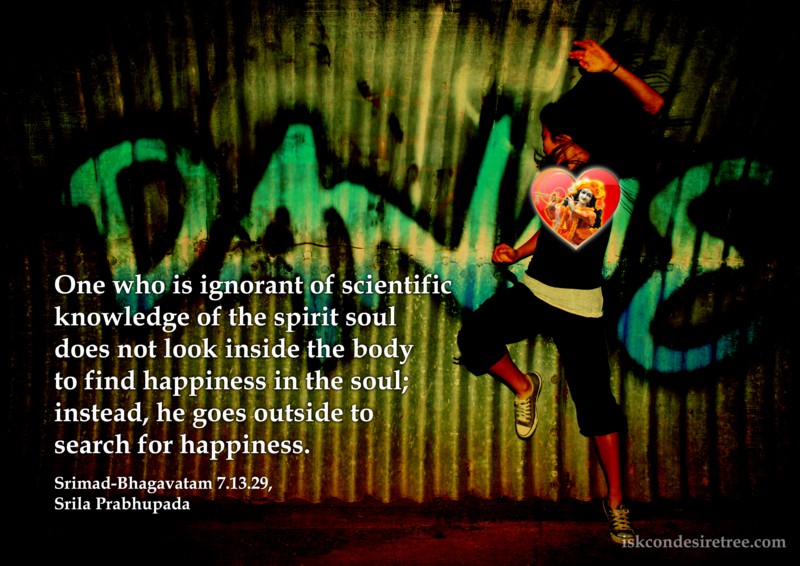 One who is ignorant of scientific knowledge of the spirit soul does not look inside the body to find happiness in the soul; instead, he goes outside to search for happiness
Srimad bhagavatam 7.13.29,
Srila Prabhupada.

The conditioned soul is forced to act under the pressure of the modes of material nature. He has no independence. When he is under the direction of the supreme personality of godhead he is free.