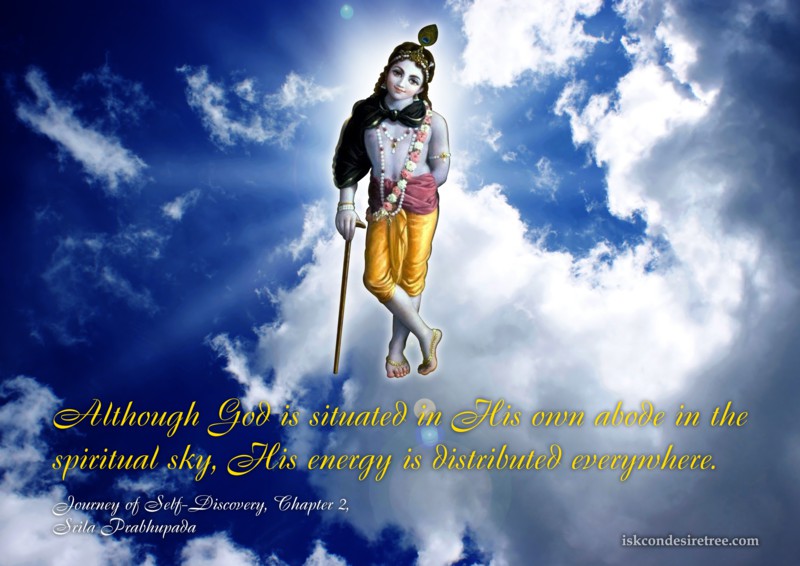 Although God is situated in His own abode in the spiritual sky, His energy is distributed everywhere.
Journey of Self-Discovery, Chapter 2
Srila Prabhupada 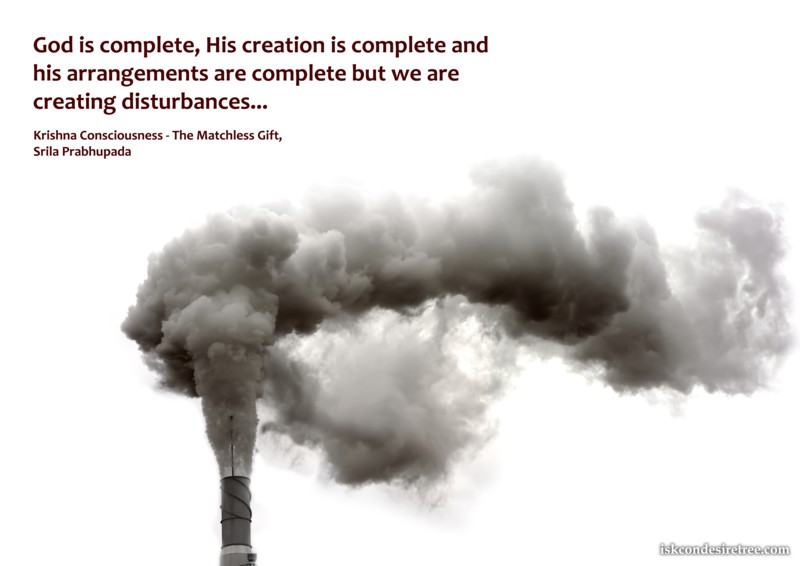 God is complete, His creation is complete and his arrangements are complete but we are creating disturbanced…
Krishna Consciousness – The Matchless Gift
Srila Prabhupada

God controls the material as well as the spiritual, which means that everything directly or indirectly happens through the sanction of the Lord. If we can just accept that our circumstances are meant to benefit us, we will be able to connect with the loving aspect of the Lord and learn to grow from a seemingly negative situation.

You have to be a complete fool to not accept the existence of God.

The essence of God being God is His sweetness – madhurya bhagavata sara.

Those who believe God to be impersonal simply identify Him with some power or attribute in nature, though in fact He is above nature, her laws and rules. His holy wish is law and it would be sacrilege to confine His unlimited excellence by identifying Him with such attributes as omnipotence, omnipresence and omniscience. His excellence consists in having in Him mutually contradicting powers and attributes ruled by His Supernatural Self.