Lord is Always The Supreme 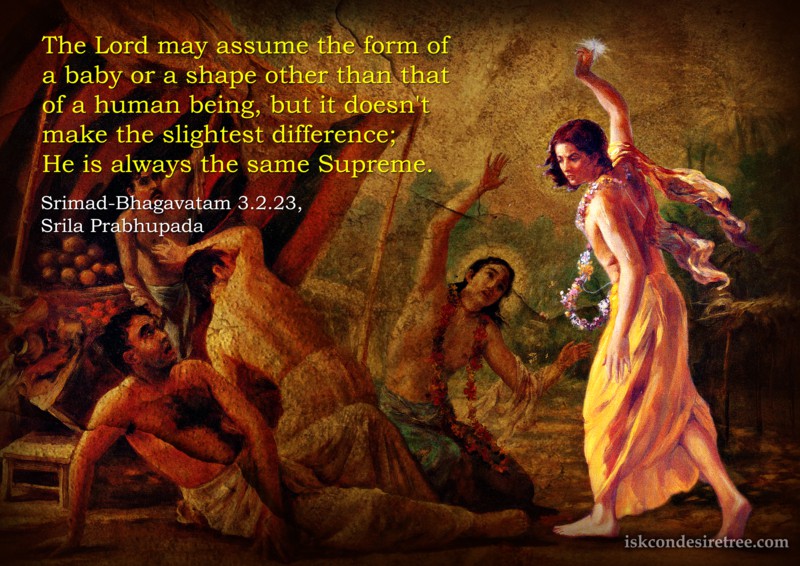 The Lord may assume the form of a baby or a shape other than that of a human being, but it doesn’t make the slightest difference; He is always the same Supreme.
Srimad Bhagavatam 3.2.23,
Srila Prabhupada.

Greatness of The lord 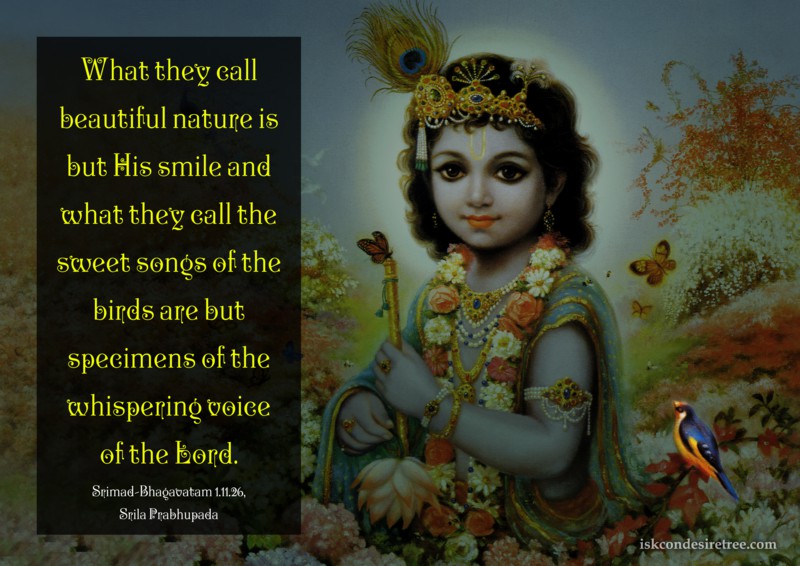 What they call beautiful nature is but His smile, and what they call the sweet songs of the birds are but specimens of the whispering voice of the Lord.
Srimad Bhagavatam 1.11.26,
Srila Prabhupada 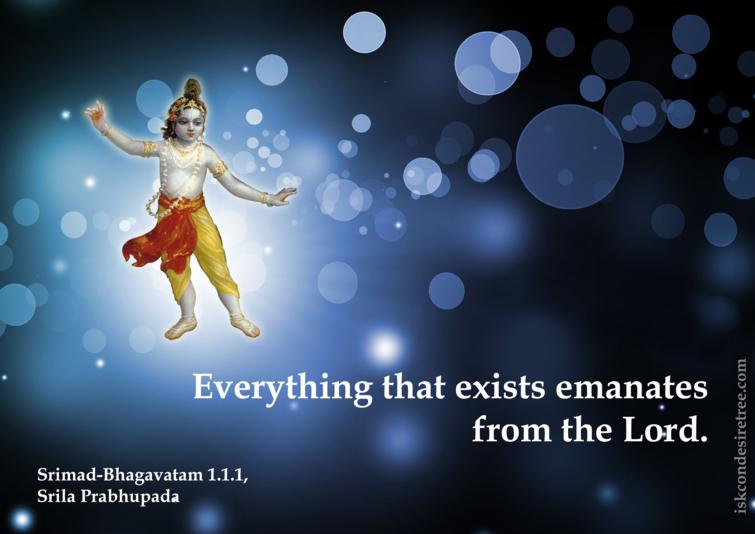 Everything that exists emanates from the Lord. 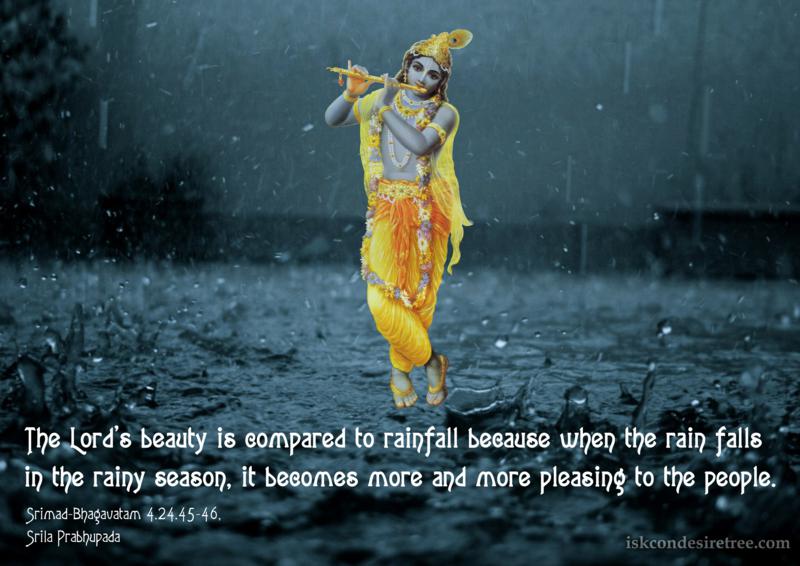 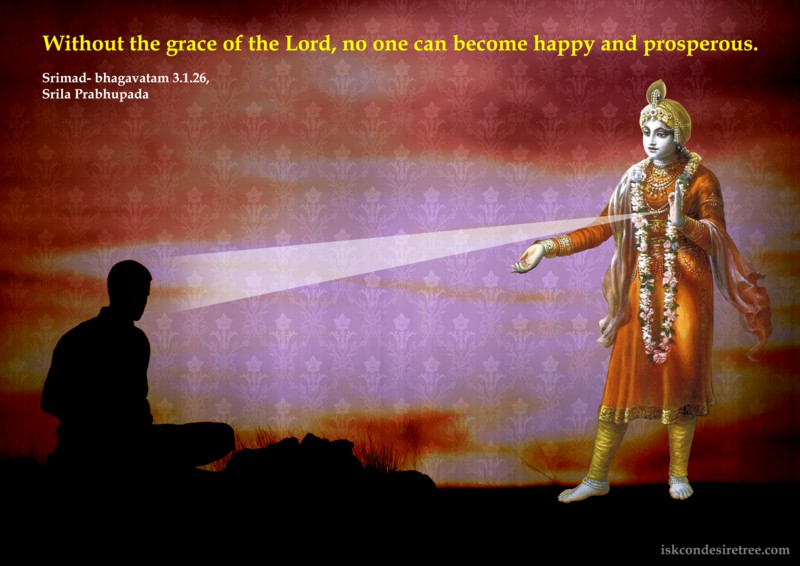 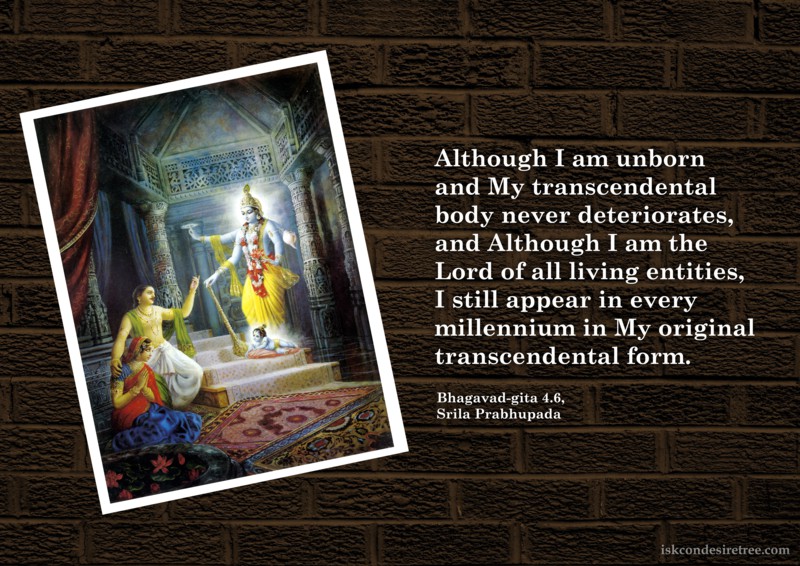