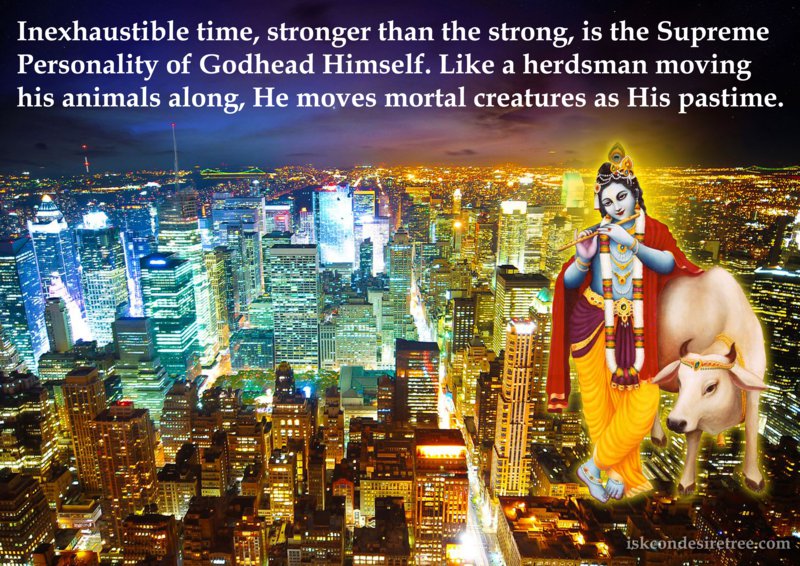 Inexhaustible time, stronger than the strong, is the Supreme Personality of Godhead Himself. Like a herdsman moving his animals along, He moves mortal creatures as His pastime.

Effect of Accepting Bhagavad Gita As It Is 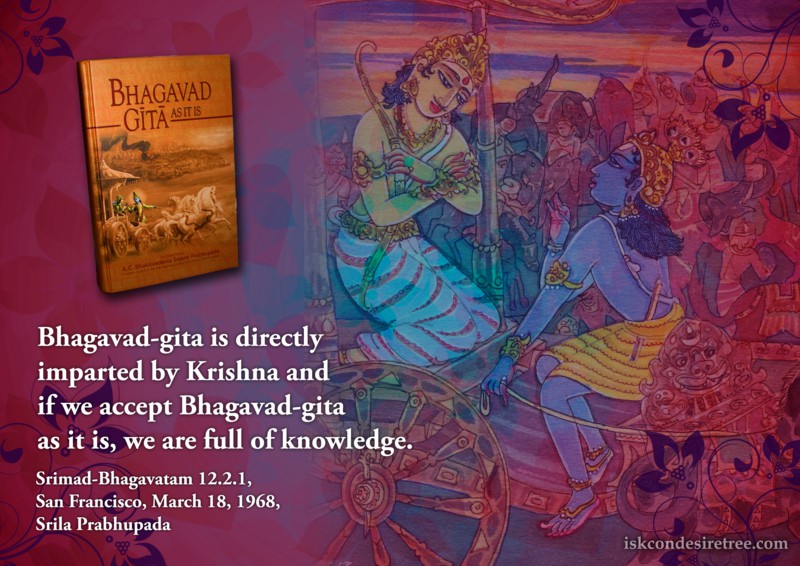 Bhagavad Gita is directly imparted by Krishna and if we accept Bhagavad Gita as it is, we are full of knowledge.
Lecture on Srimad Bhagavatam 12.2.1
San Francisco, March 18, 1968 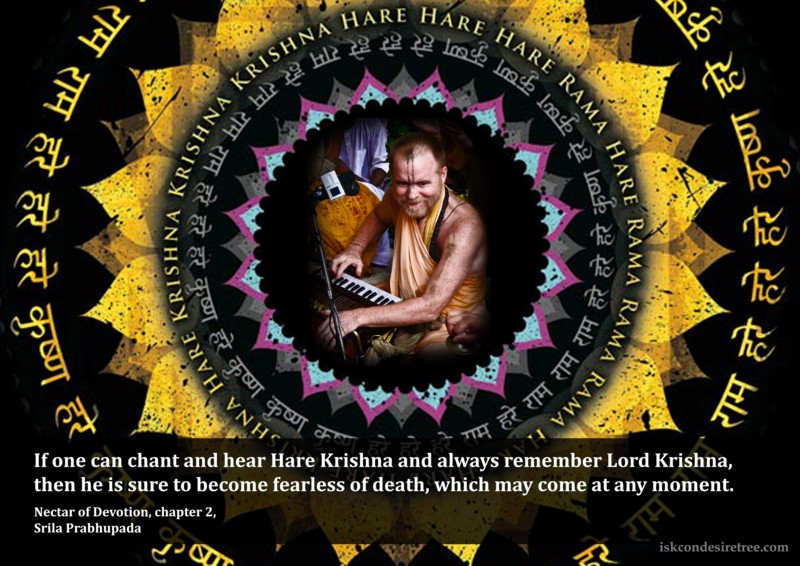 If one can chant and hear Hare Krishna and always remember Lord Krishna, then he is sure to become fearless of death, which may come at any moment.
Nectar of Devotion, Chapter 2,
Srila Prabhupada 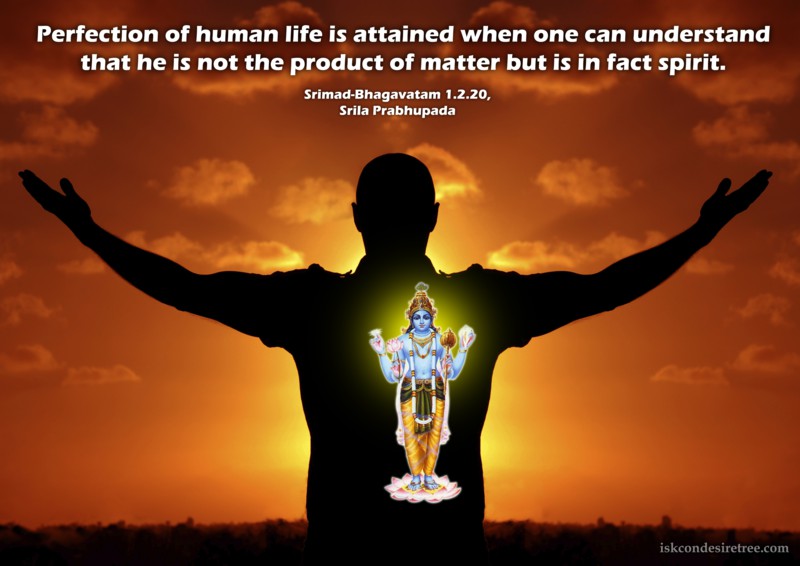 Perfection of human life is attained when one can understand that he is not the product of matter but is in fact spirit.
Srimad Bhagavatam 1.2.20,
Srila Prabhupada