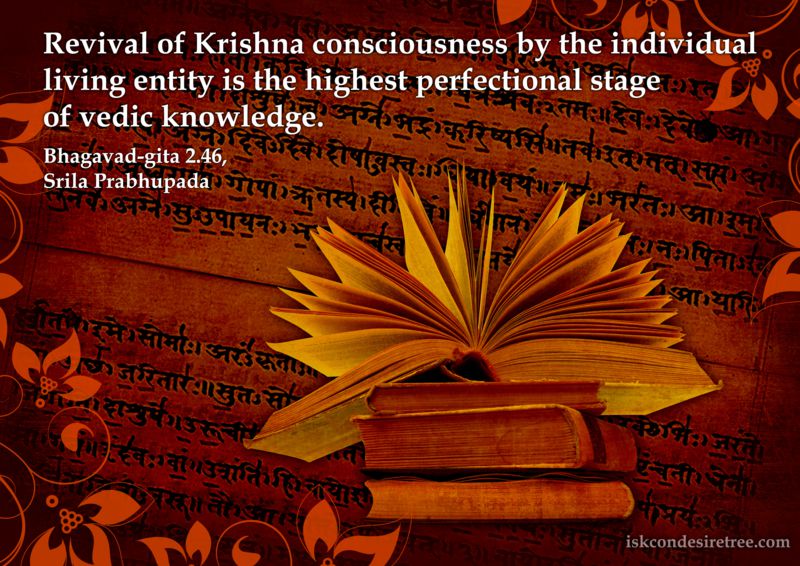 A person acting for Krishna or in Krishna Consciousness, under proper guidance and without attachment to the result of the work, is certainly making progress.

Four 'R's of Krishna Consciousness: Recognition (locating the weeds inside the heart), Remorse (feeling ashamed of them), Rectification (removing the weeds from the heart) and Reunion (Krishna awarding us His love).

Benefits of Association of Devotees

It is our duty to act in Krishna consciousness because we are constitutionally parts and parcels of the Supreme.
Path of Perfection, Chapter 1