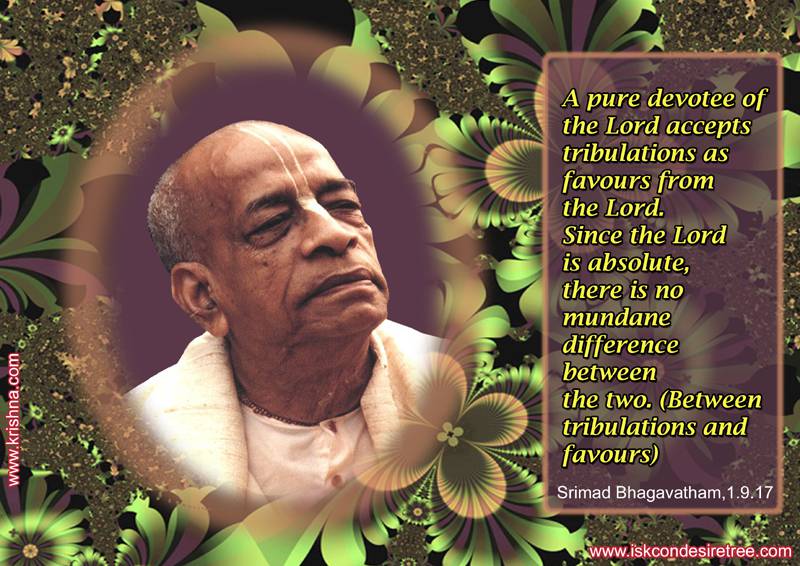 Ecstasy of The Sankirtana Movement

Unless one is a completely pure devotee, one cannot enjoy the transcendental bliss derived from chanting and dancing in the ecstasy of the sankirtana movement. Such ecstasy is not possible for an ordinary devotee.
Purport on Srimad Bhagavatam 8.3.20-21

A Pure Devotee’s Only Concern

A pure devotee has no demand from the Lord. His only concern is to serve the Lord sincerely and seriously and he is not at all concerned about what will happen in the future.

The Way A Preacher And A Devotee Act

A preacher has to act in a way that other people don't misunderstand. A pure devotee acts only for the pleasure of Krishna without caring for what others think.