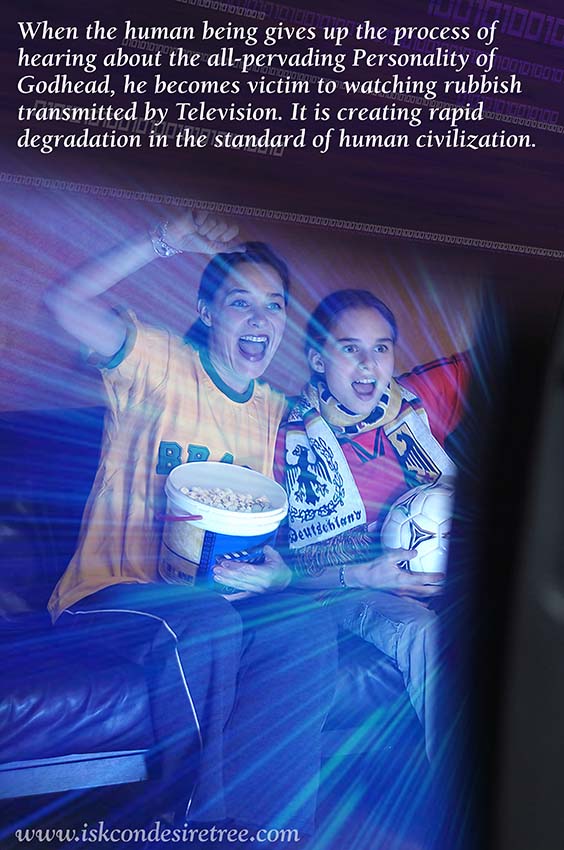 When the human being gives up the process of hearing about the all-pervading Personality of Godhead, be becomes victim to watching rubbish transmitted by Television. It is creating rapid degradation in the standard of human civilization. 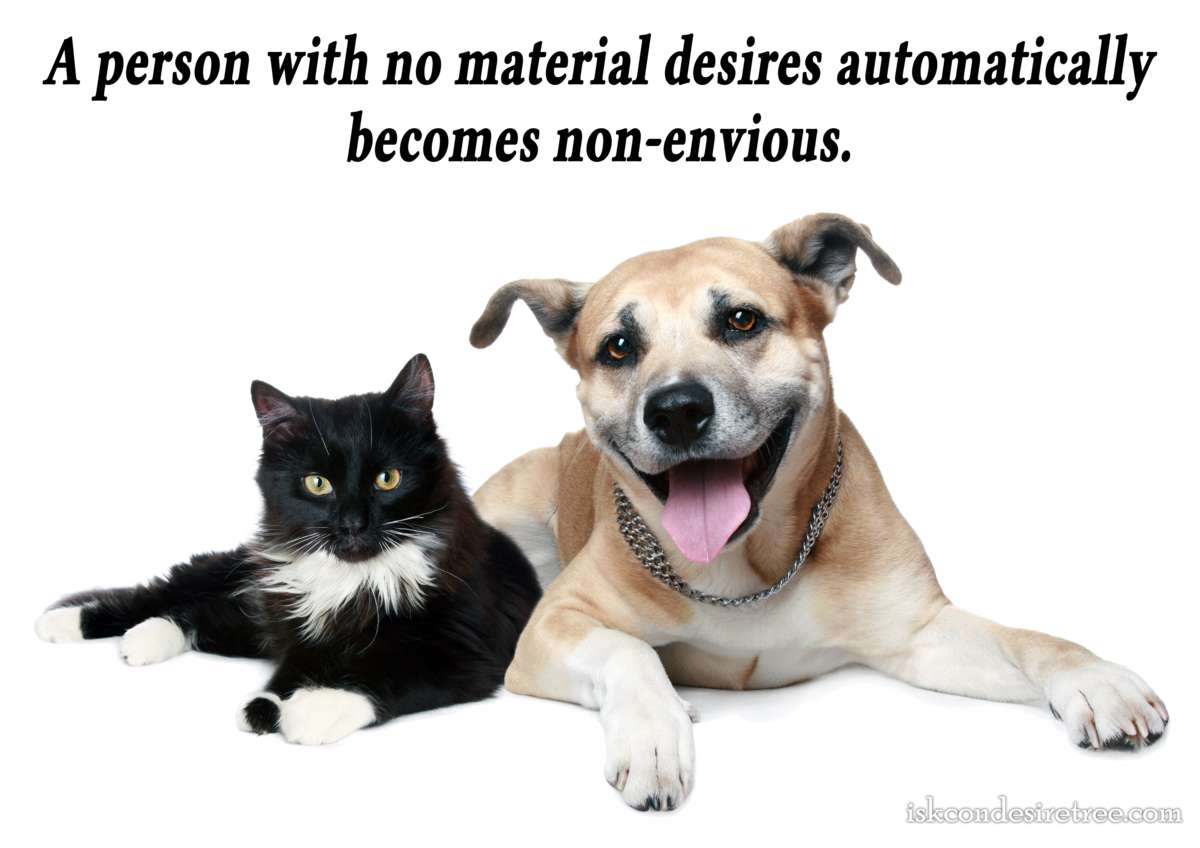 A person with no material desires automatically become non-envious. 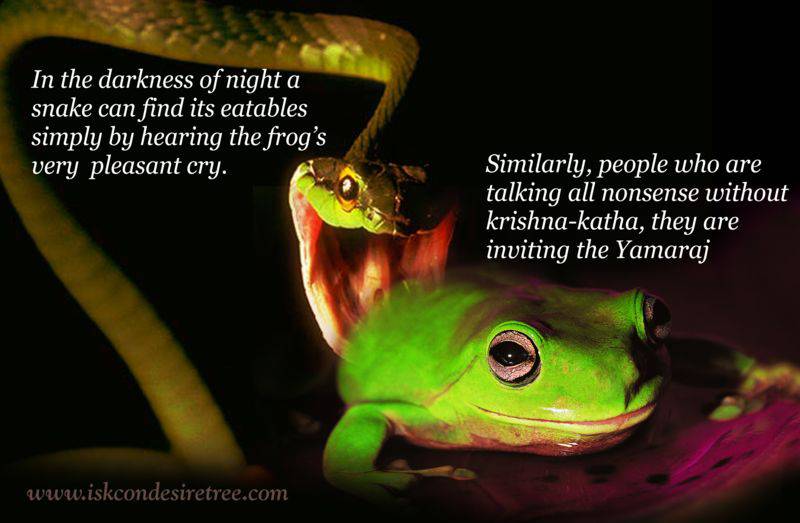 In the darkness of night a snake can find its eatables simply by hearing the frog’s very pleasant cry. Similarly, people who are taking all nonsense without Krishna Katha, they are inviting the Yamaraj. 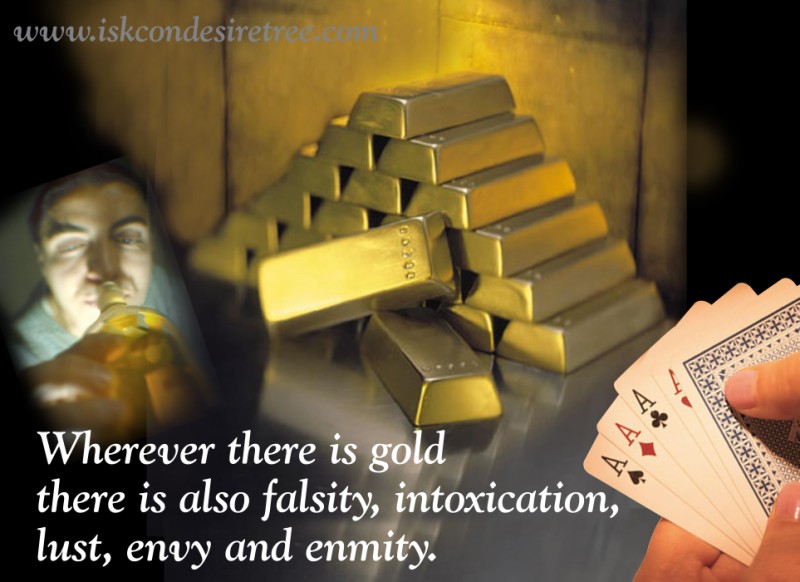 Whereever there is gold there is also falsity, intoxication, lust, envy and enmity.