Non-Permanent appearance of Happiness And Distress 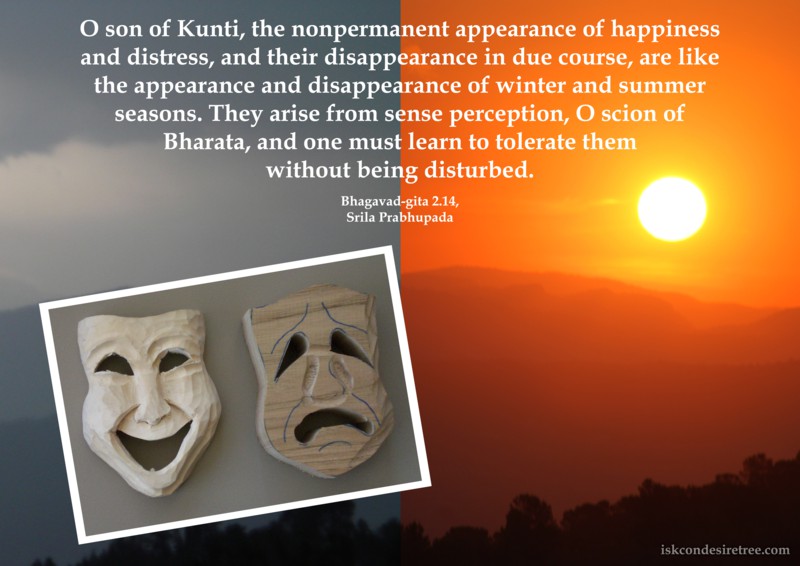 O son of Kunti, the nonpermanent appearance of happiness and distress, and their disappearance in due course, are like the appearance and disappearance of winter and summer seasons. They arise from sense perception, O scion of Bharata, and one must learn to tolerate them without being disturbed.
Bhagavad Gita 2.14,
Srila Prabhupada 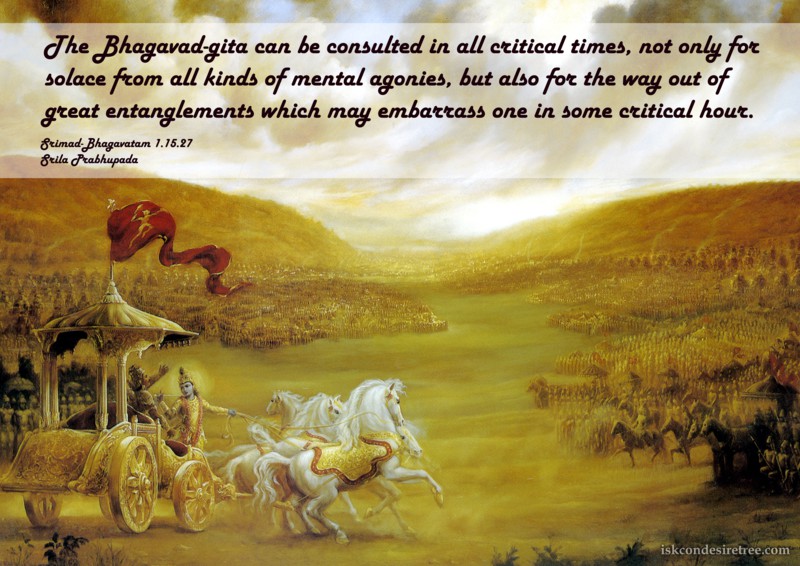 The Bhagavad-gita can be consulted in all critical times, not only for solace from all kinds of mental agonies, but also for the way out of great entanglements which may embarrass one in some critical hour.
Srimad Bhagavatam 1.15.27,
Srila Prabhupada

Practice for A Miser 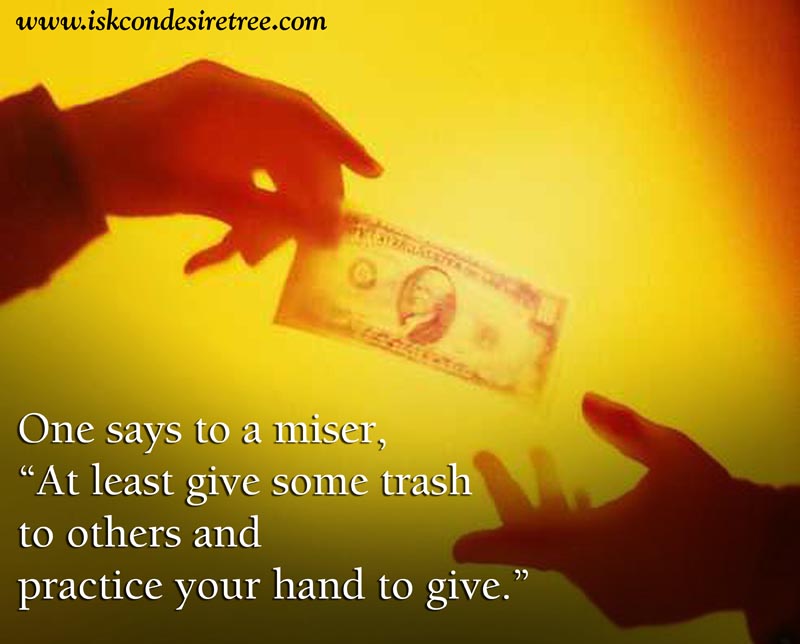 One Sayss to a miser, “At least give some trash to others and practice your hand to give.” 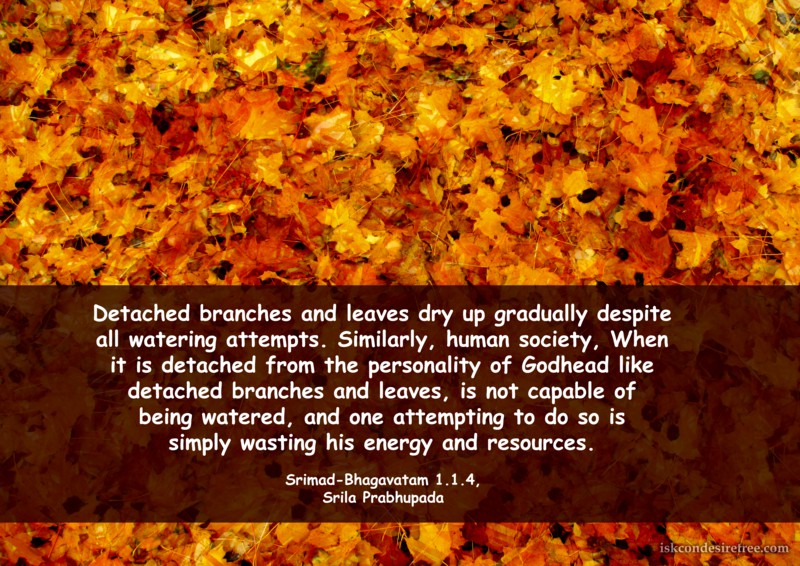