Distribution of Books – Our Most Important Activity 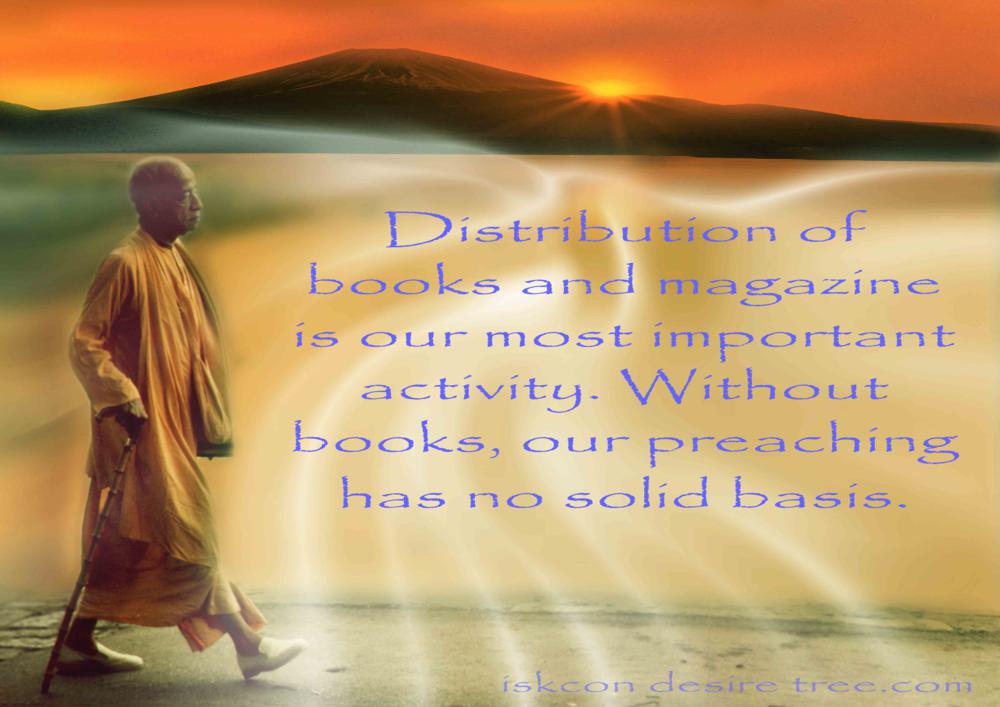 Distribution of books and magazine is our most important activity. Without books, our preaching has no solid basis.

Weight of the Vedic Literature 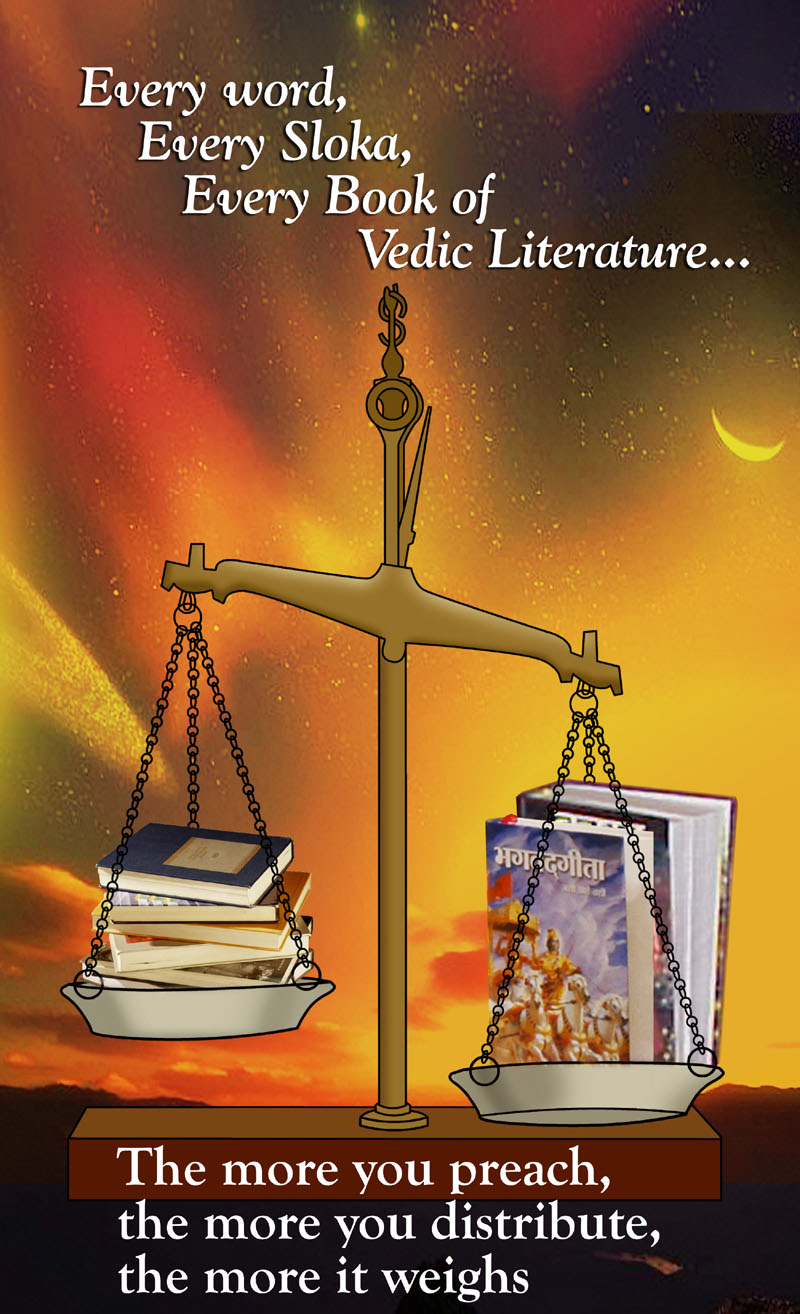 Every word, Every Sloka, Every Book of Vedic Literature… The more you preach, the more you distribute, the more it weighs.

That is my ideal of life, to form a nice group of devotees to perform Sankirtana and to distribute our books in wider circles.
Letter to Gurudasa – Los Angeles 5 February, 1969.

It was an amazing puppet show during the Marathon in all railway stations and Srila Prabhupada and Lord Krishna were our puppeteers.