The consideration of becoming a devotee is the association and guidance of a devotee. Love of God is the real source and when one abandons that loving real relationship of God, he suffers.

Nature of a Non-envious Devotee

When a non-envious devotee sees a better devotee than himself, he becomes very happy and at once makes friendship with him. 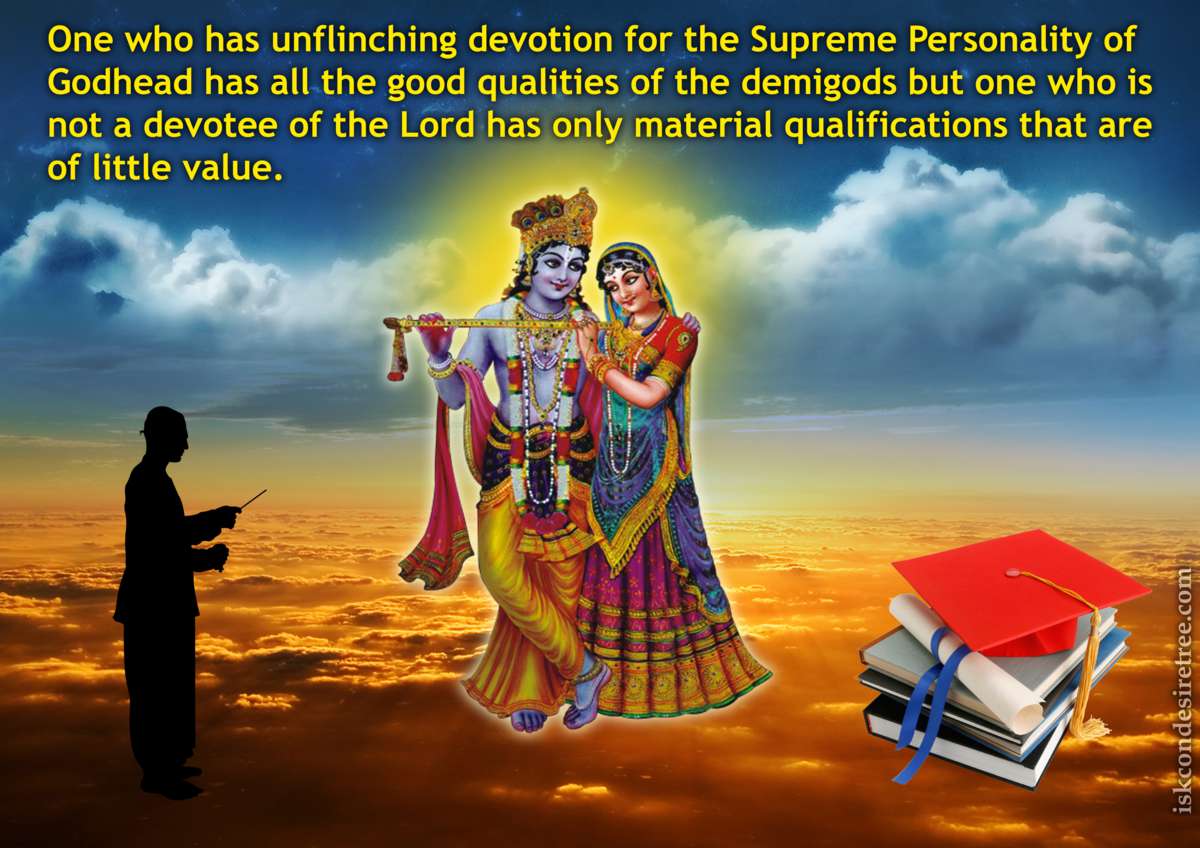 One who has unflinching devotion for the Personality of Godhead has all the good qualities of the demigods but one who is not a devotee of the Lord has only material qualifications that are of little value.

A devotee is the friend not only of human society but of all living entities, for he sees all living entities as sons of the Supreme Personality of Godhead. He does not claim himself to be the only son of God and allow all others to be killed, thinking that they have no soul. This kind of philosophy is never advocated by a pure devotee of the Lord. 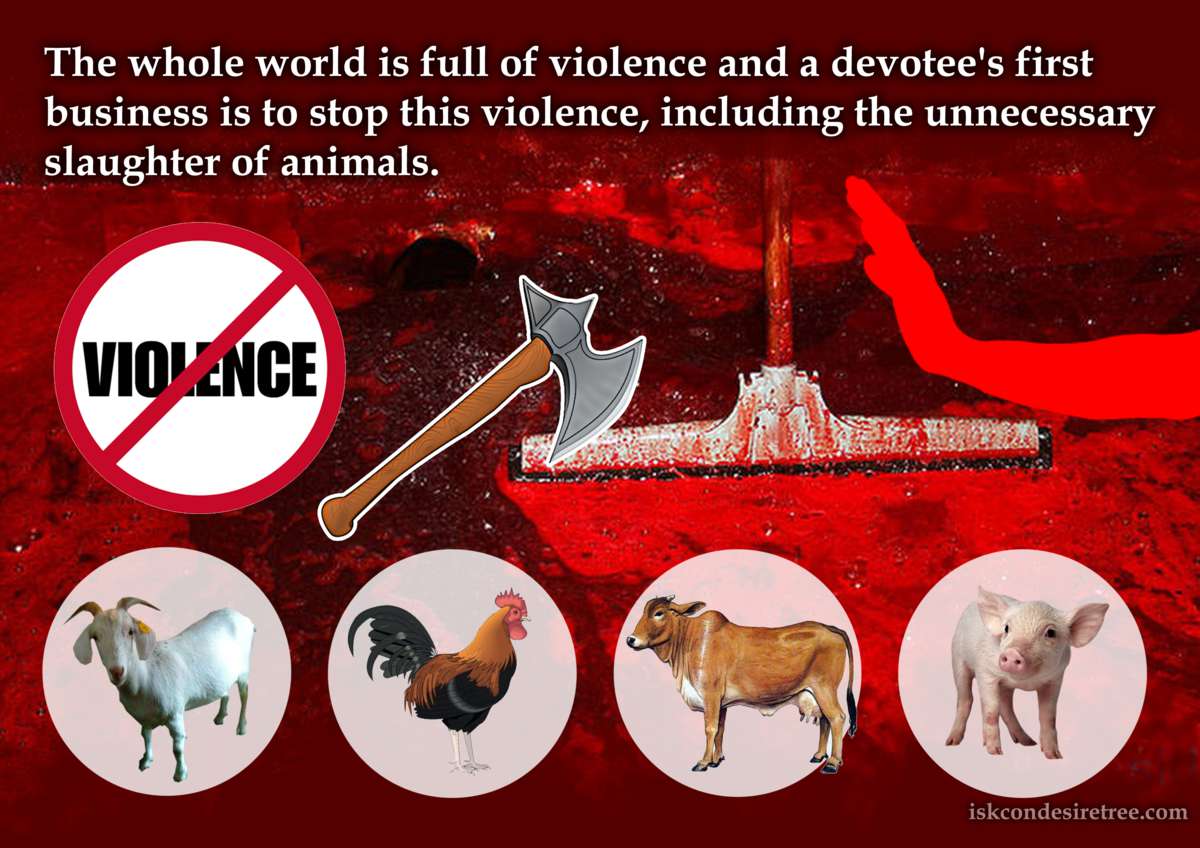 The whole world is full of violence and a devotee's first business is to stop this violence, including the unnecessary slaughter of animals.