We want to be in a situation where we will be perfectly happy.The only thing you have to do is to surrender to the supreme father. Then father will take us under his shelter and all suffering will be mitigated. 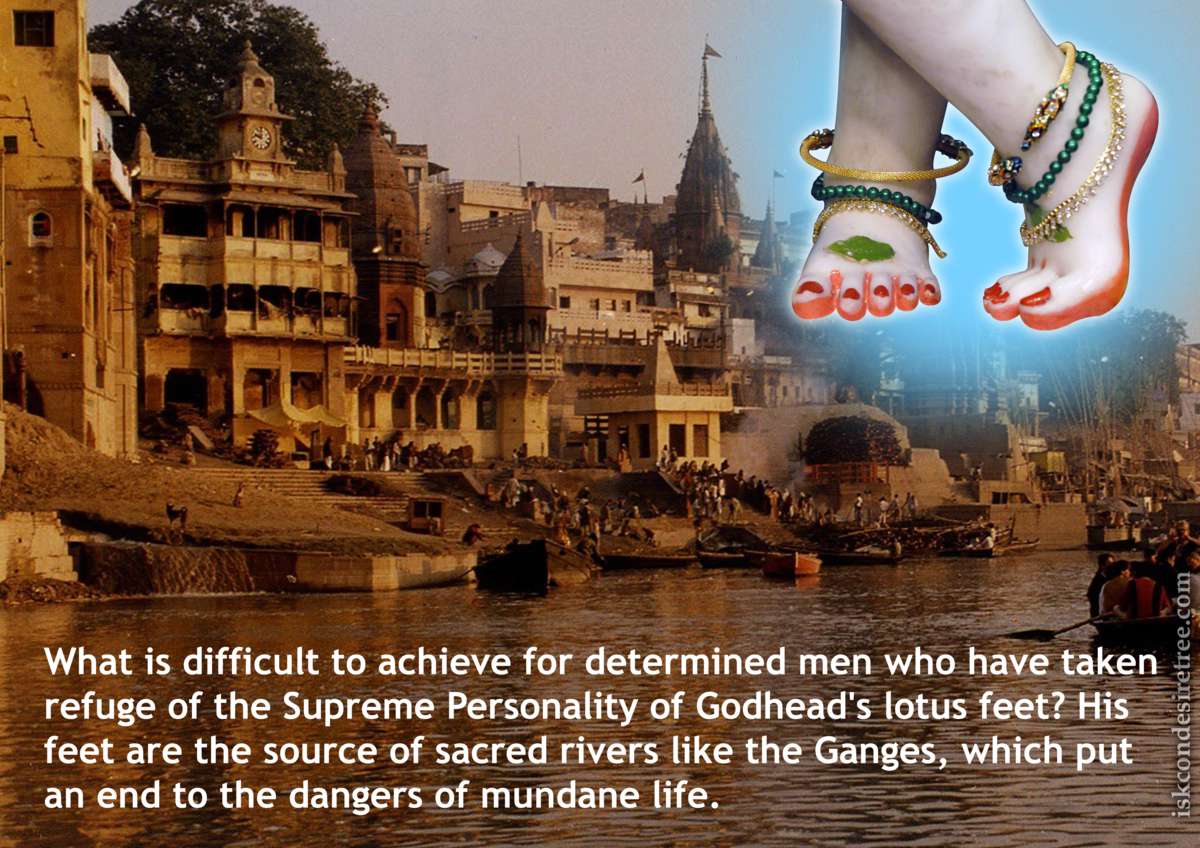 What is difficult to achieve for determined men who have taken refuge of the Supreme Personality of Godhead's lotus feet? His feet are the source of sacred rivers like the Ganges, which put an end to the dangers of mundane life.

Krishna does not need our service, but He kindly accepts it. When Krishna asks us to surrender unto Him, this does not mean that Krishna is lacking servants and that if we surrender He will profit. Krishna can create millions of servants by His mere desire. If we surrender to Krishna, we shall be saved. As Krishna says ‘Aham Tvam Sarva Papebhyo Moksayisyami : I shall free you from all sinful reactions’.

In the devotional service of the Lord, the only qualification required is surrender.  Surrendering oneself is in one’s hand.  If one likes, he can surrender immediately, without delay and that begins his spiritual life.

The living entity’s position is to be under the protection of the illusory energy or under Krishna’s personal protection.  When a living entity is fully surrendered, he is under the direct protection of Krishna and Krishna gives him all intelligence by which he can advance in spiritual realization.